Family and friends will drive past the Maphatsoe family residence from 10am on Sunday to pay their respects. 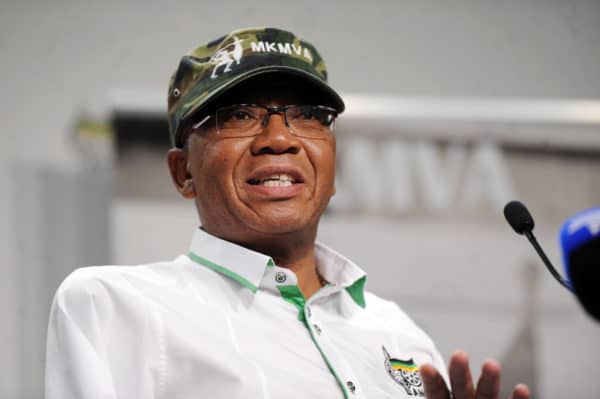 MKMVA spokesperson Carl Niehaus said ‘drive past’ arrangements have been made at the Maphatsoe family residence, 574 Thistle Street, Meyersdal Nature Estate, to comply with Covid-19 protocols.

Family and friends will be able to drive past from 10am on Sunday to pay their respects. A book of condolences will be made available as well.

On Saturday, Niehaus said members of the African National Congress (ANC) “who called MKMVA all kinds of names […] should hang [their] heads in shame”.

“Look how proudly these members of MKMVA are displaying our ANC flag outside the residence of the late President of MKMVA, comrade Kebby Maphatsoe”, he added.

Maphatsoe led the MKMVA as regional chairperson, and was elected provincial chairperson in 2007. Under his direction, the MKMVA became an integral component of the ANC’s political framework.

ALSO READ: Maphatsoe’s death ‘the end of the MKMVA’

Covid-19 not cause of death

Maphatsoe’s family on Wednesday dismissed claims he died of Covid-related complications. His brother, Joseph, said the former deputy minister of defence and military veterans died peacefully in his sleep

“We’ve heard the media has been saying he died due to Covid-19 complications. No, we totally dismiss that. He died peacefully in his sleep in his house yesterday at 12pm,” Maphatsoe said.