Wealthiest cities in the world, with two contenders from South Africa 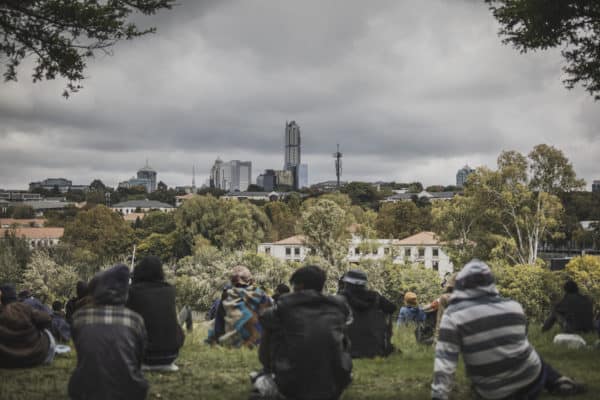 The skyline of the rich district of Sandton. Picture: AFP/MARCO LONGARI

New World Wealth this week released its latest report of the richest cities in the world, with updated statistics from June 2021 and despite the crippling economy, Johannesburg made the list.

The latest report aims the spotlight specifically on cities in the Middle East and Africa.

For the purposes of this report, “wealth” refers to the net assets of a person, including all their assets – i.e, property, cash, equities, business interests and such.

Wealthiest cities in the world

With South Africa being touted as the most economically unequal country in the world – designed to “keep the Black population under the thumb of an elite white minority” – it’s hardly a shocker that the combined wealth of Johannesburg and Cape Town’s richest suburbs amount to R5.3 trillion.

Back in July 2021, the World Economic Review looked at weath distribution in South Africa between 1993 and 2017, showing how the wealthiest 1% owns a bigger share than the 99%.

The fact the unequal distribution of wealth being the same in 2017 as it was during apartheid, should already be red flag, but that’s a discussion for another day.

While Johannesburg remains the wealthiest city in Africa according to New World Wealth – with the total amount of richest held amounting to $235 billion (R3.4 trillion) – all the cash is centralised in four suburbs.

To no one’s surprise, the four richest suburbs are:

The Mother City also made the list, holding wealth amounting to $130 billion (R1.9 trillion) spread throughout seven suburbs. Aplty described as “home to Africa’s most exclusive suburbs”, these are:

Cape Town is known for top-end lifestyle estates, including Steenberg, Atlantic Beach and Silverhurst Estate. While Joburg is all about the financial buzz, Cape Town’s wealth is grounded in real estate and fund management.

Some of the other contenders for wealthiest cities in the Middle East and Africa (MEA) include Dubai – currently the richest city in the MEA with richest amounting to $530 billion.

Tel Aviv holds wealth of approximately $312 billion, while Istanbul holds its own with a coo $180 billion.

Globally, the wealthiest cities to make the list include:

Cities that just missed out on the top 15 include: Seoul, Frankfurt, Dallas, Shenzhen, Zurich, Paris and Delhi.