A tweet by the Jacob Zuma Foundation says the former president told his lawyers to challenge his jail sentence. 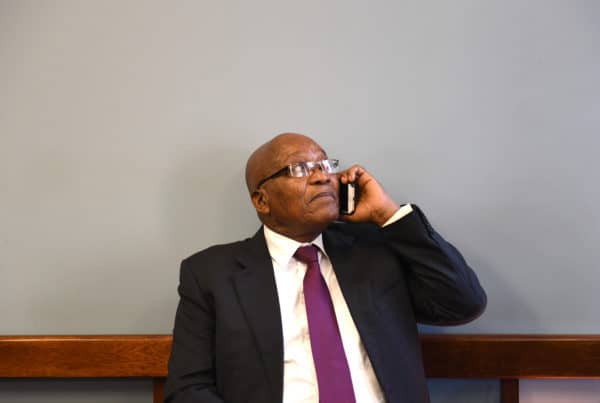 Former president Jacob Zuma has instructed his lawyers to challenge his jail sentence at the African Court on Human and Peoples’ Rights.

This is according to a tweet sent by the Jacob Zuma Foundation.

This comes after the Constitutional Court (ConCourt) on Friday upheld its decision to sentence Zuma to 15 months in prison.

Justice Sisi Khampepe delivered the judgement after the ConCourt’s full bench had deliberated on the matter over the past two months. The court also dismissed Zuma’s application with costs – including the cost of two counsel.

Zuma was incarcerated in June after the ConCourt found him guilty of contempt of court. The former president had refused to abide by its order to testify at the Zondo commission.

On Friday, the spokesman for the Jacob Zuma Foundation, Mzwanele Manyi, called the ConCourt’s decision a “travesty of justice”.

“This judgment is almost three months late so that alone is a travesty of justice. We believe that justice delayed is justice denied.

“The court decided to take it upon itself to say the right of [former] president Zuma as enshrined in the Constitution are competent to be waived. And they have waived those rights and decided it’s more important to prioritise the dignity of the court.

“So we think that it may very well be the final decision, but we agree with the minority judgment that the decision of this court continues to be unconstitutional,” Manyi said.

“Elected absence like that of Mr Zuma constitutes more than litigious skulduggery which does not have the effect of turning a competently granted order into one erroneously granted. It is quite simply not for these sorts of circumstances the law of rescission caters [for],” she said.

Khampepe also said Zuma was given the opportunity to make submissions on the sanction he should face, which he refused to do.

“Mr Zuma had multiple opportunities to bring these arguments to the court. That he opted not [to] cannot mean that the court committed an error in granting the order. To his peril, Mr Zuma declined to participate in the contempt proceedings and disdainfully dismissed a further opportunity when invited to so. He only attempts to justify his absence now that the shoe pinches,” she said.

The latest ConCourt ruling also comes after Zuma was granted parole after undergoing surgery at a military hospital. He was initially hospitalised in August for medical observation for an undisclosed illness.