‘The city is poorer without him’: Tributes pour in for Joburg mayor Jolidee Matongo

Matongo died in a car crash on Saturday night after taking part in ANC election activities earlier in the day. 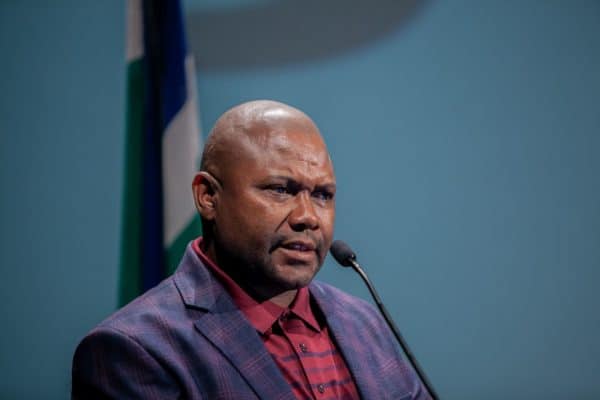 “Shock and sadness.” That is how the ANC described the death of Johannesburg mayor Jolidee Matongo.

“Comrade Jolidee Matongo’s passing is a great loss to the movement and society at large. We are forever grateful for his selfless contribution to the freedom of the people of South Africa and the enhancement of service delivery within the City of Johannesburg,” said ANC Joburg regional secretary Dada Morero in a statement.

“To this end, the ANC conveys its heartfelt condolences to his family, friends, the City of Johannesburg
and the entire liberation movement. We wish them strength and fortitude during this difficult time.”

Matongo died in a car crash on Saturday night after taking part in the ANC’s election activities in Soweto earlier in the day.

He was accompanying President Cyril Ramaphosa on the ANC’s election trail on Saturday.

Matongo had only been Johannesburg’s mayor for a month. He replaced Geoff Makhubo, who passed away due to Covid-19 complications in July.

The DA said it is saddened by Matongo’s death.

“While we were both representatives of two opposing political parties, Mayor Matongo always treated me with respect as a fellow council colleague, and even during his short tenure as mayor, was willing to take my calls on matters of critical service delivery issues,” said the DA’s mayoral candidate for Johannesburg, Mpho Phalatse .

“Matongo was a kind-hearted individual and I take great comfort in having the privilege to have known and worked with him during our years in the Joburg Council.”

People on Twitter also paid tribute to Matongo, including some prominent members of the ANC.

Former Johannesburg mayor and ActionSA leader Herman Mashaba said when he heard the news he wished he was dreaming.

“[Matongo] and I had a very special relationship over the years. I remember every time before council we would joke that next time we should have a boxing ring,” added Mashaba, referring to the sometimes tense nature of politics in the City of Johannesburg.

Many on Twitter also paid their respects to Matongo.