The South African Social Security Agency (Sassa) on Thursday announced that unemployed caregivers who did not have the 13-digit barcoded identity document were now eligible to receive the Social Relief of Distress (SRD) grant. 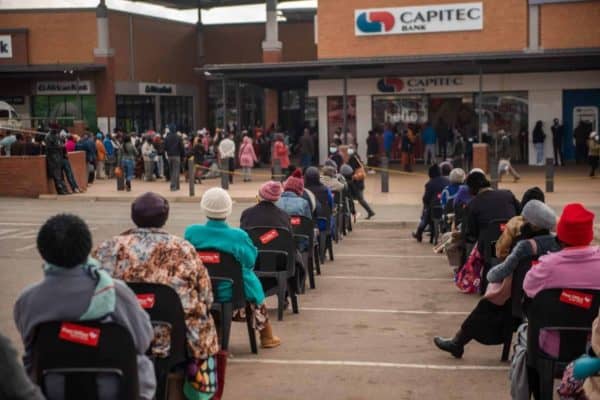 Sassa CEO Busisiwe Memela Khambule said that it was not making sense to sideline this cohort even when there were indications that they had no alternative source of income.

She said that this category included permanent residents, asylum seekers and refugees, among others.

ALSO READ: R350 grant: Here’s how billions set aside for social relief will be spent

“Some of these beneficiaries draw child grants like the child support care dependency and foster child grants and not necessarily social grants for themselves.

“Sassa has since allocated a 7777 identification number to assist them to access social assistance.”

Sassa has initiated the process to suspend social grants – with the exception of foster care payments – paid to 177,108 public servants.

Social Development Minister Lindiwe Zulu said public servants would soon have to prove they were eligible for the payouts.

Gondwe asked for the total number of public service employees who had applied for and received other Sassa administered grants, other than the Social Relief of Distress (SRD).

The payouts included the child support grant, disability grant, and grant for older persons. Gondwe also asked for a breakdown of the specified number, according to each grant administered by Sassa.

“The total amount that Sassa has spent in paying public service employees who applied for and received Sassa administered grants is approximately R200.7 million (paid during July 2021),” said Zulu.

The minister, however, said it should be noted that all social payouts are means-tested, apart from the foster child grant.

For the remainder of the grant types, the means test would need to be applied.

Overpaid Sassa funds to be recovered

Zulu said since the information had been extracted, arrangements had been made to suspend the grants, apart from the foster child payments, for all public servants.

Those who still qualify, she said, would have to come in and review the grant, and provide current information on their income to determine whether they still qualify to receive these grants.

“Measures will also be taken to recover any funds overpaid. Where it is found that the public servants were receiving a grant to which they were not entitled, the matter will be reported to their employing department for disciplinary action to be taken,” she said.