Zuma will not address supporters at Nkandla, says foundation

Whether the former president is in Nkandla or still in hospital remains unclear. 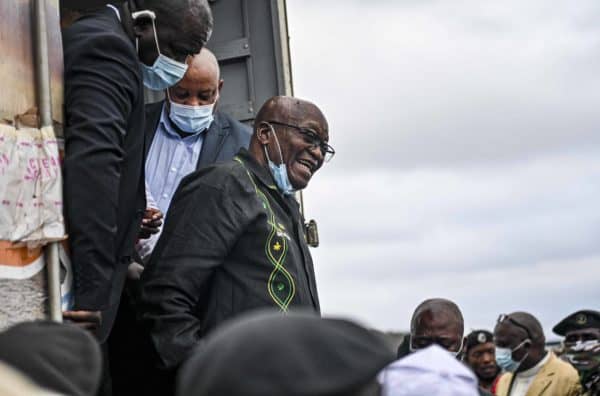 Former president Jacob Zuma will not address his supporters at his Nkandla homestead in KwaZulu-Natal on Wednesday, according to his foundation.

This comes after The Witness reported that Zuma would make his first public appearance since he was controversially granted medical parole earlier this month.

However, the Jacob G Zuma Foundation has since dismissed this, labeling the report as “fake news”.

“Any public appearance that [former president] Zuma wishes to make, will be announced as such. Please consider everything fake news until the foundation announces otherwise,” the foundation’s spokesperson Mzwanele Manyi said.

Last Thursday, it was reported by TimesLive that Zuma returned to Nkandla after being discharged from a Johannesburg hospital the day before, but this was disputed by the foundation.

Manyi refrained from commenting on the matter so whether the former president is in Nkandla or still in hospital remains unclear at the moment.

The former president previously released the first statement since his release from prison, in which he criticised the processes that resulted in his imprisonment.

He said many South Africans were “blind to this reality […] because they had been successfully hypnotised by the long-standing anti-Zuma narrative”.

“It is perhaps convenient or even benefiting for others that the laws of this country be repeatedly bent and manipulated when dealing with Zuma”, he said.

Zuma was granted parole after undergoing surgery at a military hospital.

The former president was initially hospitalised in August for medical observation over an undisclosed illness.

His parole was granted by former national commissioner of correctional services Arthur Fraser, who admitted during an interview with the SABC that he had overridden the Medical Parole Advisory Board’s decision not to free Zuma from jail.

READ MORE: ‘I took the decision’: Arthur Fraser on why he released Zuma against board’s advice

Zuma was sentenced to 15 months in prison by the Constitutional Court (ConCourt) in June for refusing to abide by its order that he appear and answer questions before the Commission of Inquiry into Allegations of State Capture.

He was incarcerated for less than 60 days at the Estcourt Correctional Centre in KwaZulu-Natal.