The airport was closed in April after the Sacaa downgraded it from grade 7 to grade 2 – a move that saw the facility closing down indefinitely. 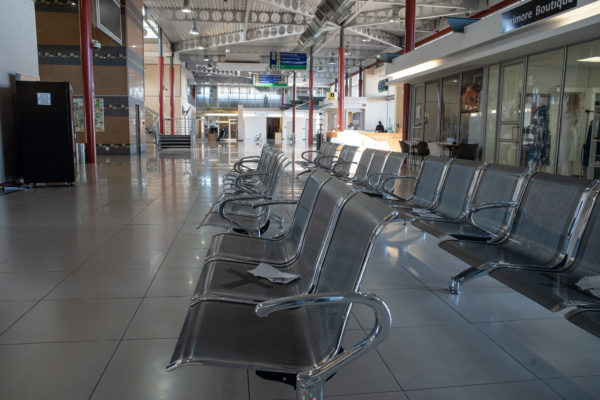 The empty Polokwane International Airport in Limpopo that has been downgraded from a category 7 to a category 2 airport. Picture: Jacques Nelles

The downgrade of the Polokwane International Airport has resulted in the Limpopo provincial government and its transport department losing about R17 million in revenue, The Citizen has learnt.

The South African Civil Aviation Authority (Sacaa) announced on Wednesday that the airport was due to reopen on 18 October.

The airport was closed in April after the Sacaa downgraded it from grade 7 to grade 2 – a move that saw the facility closing down indefinitely.

During the downgrade, the Sacaa claimed the reason for the closure was due to security findings. But on Wednesday, neither the Limpopo provincial department of transport and community safety, nor Sacaa could disclose those security findings.

“We can confirm that the airport is ready to go back to business. We have inspected all the shortfalls which led to the downgrade and found that the institution was compliant,” said Sacaa.

Sacaa spokesperson Marie Bray said the authority believed that an operational airport contributed to the economic activity in the surrounding areas and businesses.

“There are also indirect business benefits for formal and informal business that supports the activity at airport,” said Bray. According to the provincial transport department, they have lost R17 million since the downgrade of the airport.

But instead, we managed to collect only R50 000. This means the airport lost R3 495 000,” said spokesperson Mike Maringa yesterday.

Although MEC for transport Mavhungu Lerule-Ramakhanya was disillusioned by the loss in revenue and the escalating number of job losses in the province, she was also ecstatic about the reopening of the airport.

“We welcome the reinstatement of commercial flights in the Polokwane International Airport.”

Report on SAA plane stalling just after takeoff, will never be open to public
3 weeks ago
3 weeks ago

Report on SAA plane stalling just after takeoff, will never be open to public
3 weeks ago
3 weeks ago