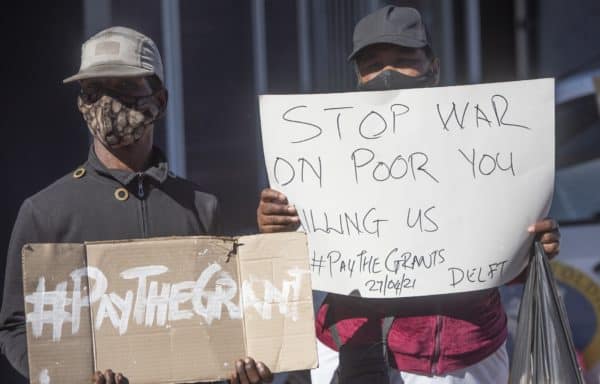 General manager for grants at the SA Social Security Agency (Sassa), Fanie Sethokga, on Thursday clarified some concerns beneficiaries may have.

This comes after a routine check revealed Sassa didn’t have updated information on the number of public servants who received social grants they are ineligible for.

At the time of publishing, Sassa had received 13 million applications for the Covid-19 distress grant. However, five million payments have been declined.

On Thursday, SAfm callers queried the delay in receiving their monies, while others said Sassa declined payments and failed to communicate, even during the appeals process.

Sethokga countered by saying SMS notifications are sent to beneficiaries and said it’s likely due to the recipients changing their contact numbers.

The caller said it’s not the case, as her son – whose grant was declined – has been using the same number for years.

Sethokga responded: “I’m not looking at the actual record of this client so I cannot accept [what the caller] is saying at all.”

Caught in a lie?

One user on social media said: “About the SMS sending to the recipient’s issues, I can tell you now that he is lying.”

“I have friends that I’ve helped with applications and I made sure that I did everything correctly and also created a Facebook group and none have ever received any SMS.”

Sethokga said regulations were “very specific”. It is mandatory to verify the information to certain databases, however, Sassa isn’t the custodian of these databases.

If a Department of Employment and Labour database is outdated, it’s out of Sassa’s control, Sethokga explained.

However, another caller said she had never received an SMS, her previous employer’s records with Unemployment Insurance Fund (UIF) are up to date and she’s only received one UIF payment to date.

The caller said other payments had been declined after their family members transferred money into their bank accounts.

Sethokga said if a beneficiary receives assistance from family – or anyone else for that matter – they would not qualify for the grant.

The user said: “This is absolutely ridiculous, should our children starve of hunger?”