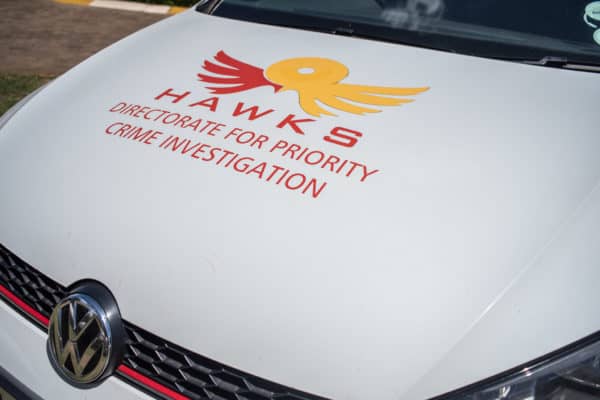 The group comprising the Liberation Struggle War Veterans (LSWV), Apla and Azanla, reportedly got angry after they were promised a meeting with Deputy President David Mabuza, but got Modise and Minister in Presidency Mondli Gungubele and Deputy Defence Minister Thabang Makwetla instead, Newzroom Afrika reports.

The Hawks are set to oppose Eastern Cape Premier Oscar Mabuyane’s application, which seeks to have the unit halt its investigation into him.

Mabuyane recently approached the Bhisho High Court to interdict the Hawks’ investigation into him, calling the probe “unconstitutional, unlawful and invalid”.

In his papers, Mabuyane has asked the high court for an order setting aside the decision to launch an investigation into the allegations against him.

Police Minister Bheki Cele visited Gqeberha on Thursday after a collision between an Audi and a taxi sparked a violent road rage outburst on Wednesday.

According to Colonel Priscilla Naidu, at least eight taxis and two private vehicles torched were torched in the aftermath, and several shops were destroyed.

Woman jumps to her death at Sandton City mall

Sandton City has confirmed that a woman died by suicide at the mall on Wednesday night.

The mall’s management said on Twitter that the person allegedly jumped to their death just after 8pm.

Sandton City added that police are investigating the incident.

“Sandton City management send their deepest condolences to the family of the deceased, and request the removal of footage from social media platforms in respect of the deceased and their family,” it added.

WATCH: Port of Richards Bay on fire for second time in two weeks

Just seven days after a conveyor belt fire occurred at the Port of Richards Bay in KwaZulu-Natal, another blaze has broken out in the same port, affecting the same equipment.

The fire had been burning since 7pm on Wednesday night. Despite early firefighting interventions, as of 8am on Thursday morning, the fire was still raging.

37 people in hospital over suspected food poisoning in Cape Town

A suspected food poisoning incident in Seawinds, Western Cape, has led to the hospitalisation of 37 people on Wednesday night.

When emergency services arrived at St Patrick Avenue at around 10pm, they found several adults and children crowded around two homes.

It is believed that dozens of people had eaten from a community-cooked batch of food before they began experiencing stomach cramps, nausea and vomiting.