Bungled R38 million project may haunt ANC at the polls

About 70% of the work had not even got off the ground while more than R25 million of the R38 million project has allegedly been claimed by contractors. 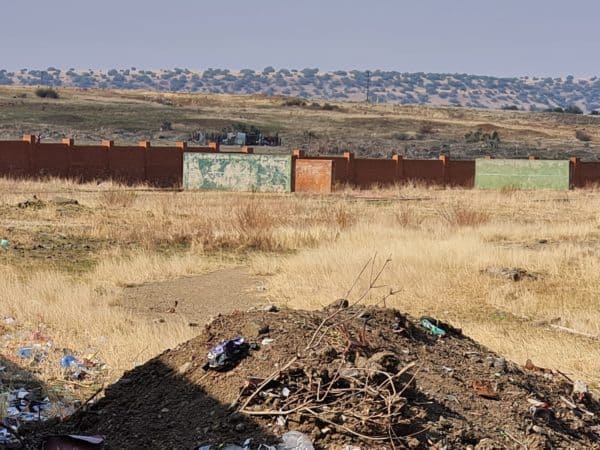 Not only has the Masilonyana local municipality in the Free State allowed the buildings of the Winburg sports complex to be stripped and looted by vandals, but they have also apparently spent R8, 5-million on construction of another unused stadium nearby, and want more money to complete it. SUPPLIED

A R38 million sports complex in Mokopane in Limpopo,where construction began five years ago, is less than a quarter finished and most funding has vanished.

This could haunt the ANC in the municipal elections. Despite the party’s claim that the province is its “traditional home”, many residents are becoming increasingly angry about rampant corruption and theft in government which has left many major infrastructure projects incomplete.

The Moshate Sports Complex in the Mogalakwena local municipality in Mokopane is aparticular irritation to potential voters.

The R38 million project entailed construction of a reinforced concrete pavilion with a seating capacity of 15 000, a
soccer field, a tennis court, a gym structure, guard house, parking area, the associated irrigation facilities, and a
drainage system.

Construction work at the complex started in February 2016 and was expected to be complete by September 2017.

But to date, about 70% of the work had not even got off the ground.

Out of the R38 million budget, more than R25 million has allegedly been already claimed by contractors.

The Democratic Alliance (DA) in the municipality said its calls to have known officials implicated in illicit transactions related to the complex fell on deaf ears.

DA MP Bayer Smit, who is also a member of the national council of provinces, said not only is the project stalling, but all material meant to complete the project had been looted because there was no security on site.

Smit said the place was in a sorry state and construction work was so bad in places that it posed a threat to safety.

He singled out corruption, political infighting among ANC councilors and looting as three main contributing factors to the stalled project.

“Some councilors are colluding with service providers to milk dry the coffers of the municipality,” he said.

ALSO READ: R8.5-million for Masilonyana stadium, only for it to be carried away brick by brick

In August this year, 28 people, including high-profile municipal officials and politicians, company directors, a girlfriend of a senior municipal official and two ANC bigwigs, were arrested by theHawks in relation to corruption in lucrative municipal contracts amounting to R15 million.

At the time, it was alleged the officials received gratification from service providers and that other companies
were paid millions of rands for work not done.

On Thursday spokesperson for the National Prosecuting Authority (NPA) Mashudu Malabi-Dzhangi said NPA was
preparing to serve the alleged perpetrators with summonses to appear before court.

ANC regional spokesperson Matome Tauarsoala said the party was working with law enforcement “to recoup the money lost through corruption in Mogalakwena”.

“We are in private-public partnerships such as with the mines in Mokopane to raise funds to complete the complex. We will not tolerate corruption in our municipalities as the ANC,” he said.

EXPLAINER: How are local elections conducted in South Africa?
8 hours ago
8 hours ago

Government 'confident' all security measures in place to ensure free, fair elections
10 hours ago
10 hours ago

EXPLAINER: How are local elections conducted in South Africa?
8 hours ago
8 hours ago

Government 'confident' all security measures in place to ensure free, fair elections
10 hours ago
10 hours ago