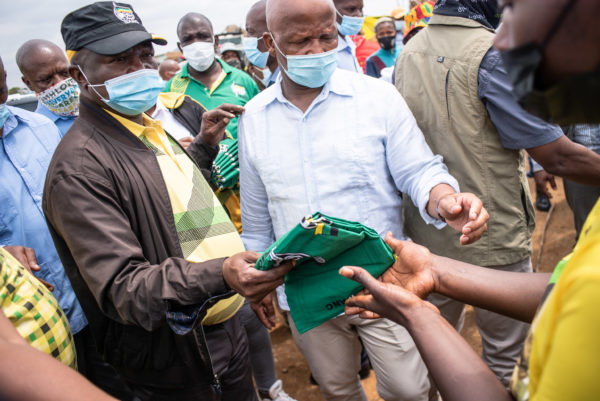 ANC deputy president David Mabuza has expressed concerns over the impact that load shedding will have on the party’s campaign to woo voters ahead of the local government elections.

Protests around the lack of electricity have also been rife during this election campaign season, with the country set to head to the polls on Monday 1 November.

President Cyril Ramaphosa last year appointed Mabuza to lead the war room to restore Eskom as it continues to battles failures at its power stations.

“It is affecting our campaign because people are complaining about electricity and it is the problem we know.

“I am just keeping our fingers crossed that Kusile and Medupi should come online fully and that will improve our situation a bit but of course, we have got all these independent producers that are coming online and I am sure that will also have a positive effect,” he told SABC.

However, it seems like even Mabuza’s crossed fingers could not stop more load shedding for South Africans.

This comes after Eskom announced on Wednesday that it would implement stage 4 load shedding until 5am on Friday.

The power utility said this was due to a shortage of generation capacity and units tripping at several power stations including Medupi and Kusile power stations.

“This constrained the power system further, requiring extensive use of emergency reserves and therefore, hampering the recovery of these reserves,” Eskom spokesperson Sikonathi Mantshantsha said in a statement.

Eskom had initially started implementing stage 2 last week Saturday, however, it was extended on Tuesday, despite some its generating units returning to service.

It is anticipated that there will not be load shedding on election day.

On Monday, Eskom executives briefed the media on the state of the power system, and warned that South Africans should expect a number of days of load shedding this summer.

Eskom’s chief operating officer Jan Oberholzer said they were prioritising their reliability maintenance programme, which was not a one-off but ongoing.

“Our generation business remains a concern, mainly due to its age and a legacy of poor maintenance,” Oberholzer said.