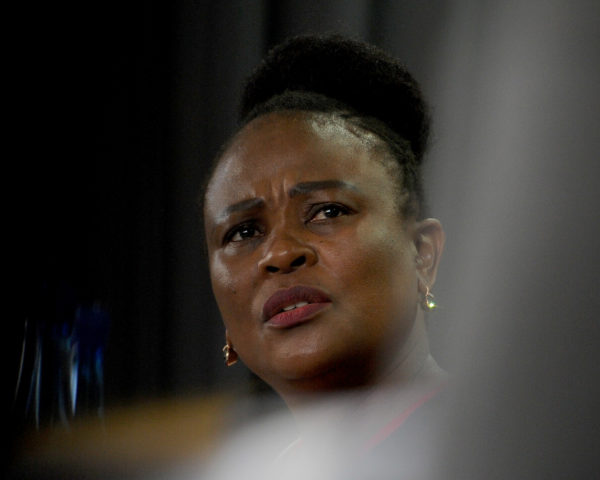 Advocate Steven Budlender SC didn’t pull any punches on Monday when he appeared before the Constitutional Court (ConCourt) justices on behalf of the DA, to try and overturn the Western Cape High Court’s setting aside of part of the rules governing the process for unseating Chapter Nine institutions’ office-bearers like the public protector.

It was argued that it was “revealing” that “Ms Mkhwebane seems intent either on preventing this process going forward at all or on making it go forward as slowly as possible”.

The plan to rectify the leak will take two-to-three weeks to finalise.

“The NNR conducted its initial inspection of the occurrence and can confirm that the airborne contamination in the Koeberg Security Central Alarm Station did not come from the nuclear power plant,” spokesperson Gino Moonsamy.

Rand Water has announced its planned shut down of its B11 and B19 pipelines from 15 to 17 November that will see parts of Gauteng experiencing a shortage of water or low pressure.

“The shutdown forms part of Rand Water’s B19 Pipeline Augmentation Project and is the final leg of this program that will increase the volumes of the B19 pipeline and therefore ensure sustainable supply of water to the consumers,” said Rand Water on Monday.

“Currently, the B19 pipeline has limited usage since it is only fully connected to the B5 pipeline. Completion of work on this shutdown will result in the total integration of three pipelines namely, the B5, B11 and B19 pipelines.”

All short-term ratings were affirmed, including the national scale other short-term ratings of P-1.za Transnet’s baseline credit assessment (BCA), a measure of standalone credit quality before any assessment of potential extraordinary government support, has been lowered to b1 from ba3. Economist Piet Croucamp said debt was a big problem at all state enterprises.

Nothing to suggest a hard lockdown is imminent, says KZN premier Zikalala

KwaZulu-Natal (KZN) Premier Sihle Zikalala has dismissed claims that government will move the country to a harder Covid-19 lockdown level following the conclusion of the 2021 local government elections.

Speaking during a media briefing on Monday morning, Zikalala says suggestions that the country will soon move to a hard lockdown are baseless.

“We have noted with absolute dismay, people spreading false claims that our country’s national lockdown was downgraded only to allow for the elections to take place; and that after the elections government will bring back the hard lockdown.

The four men are accused of colluding with a Sassa project manager on an office improvement project in KwaNobule, situated on the outskirts of Kariega in the Eastern Cape.

They appeared at the East London Specialised Commercial Crime Court on charges of fraud and corruption on Friday.