NPA throws Saps under the bus over Teffo arrest

The NPA said the Director of Public Prosecutions was not aware of the execution of the warrant. 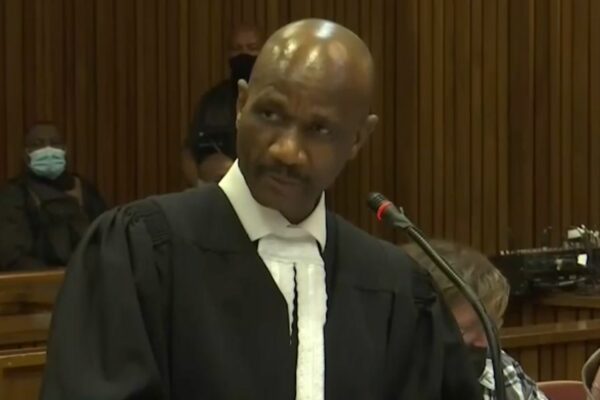 The National Prosecuting Authority (NPA) claims that the Director of Public Prosecutions (DPP) for the Gauteng local division was not consulted and did not sanction the execution of the warrant of arrest against Advocate Malesela Teffo in court.

The NPA has clarified the details surrounding the high-profile arrest of Advocate Teffo.

The management of the South African Police Service (Saps) said Advocate Teffo was aware that a warrant of arrest had been issued against him for missing several of his court appearances after being charged with common assault and trespassing.

During his arrest, Teffo claimed the reason he was being put in cuffs was because Police Minister Bheki Cele didn’t want him on the case.

Teffo appeared in the Hillbrow Magistrate’s Court and was granted bail of R10 000 and ordered to return on 27 May.

A Mail and Guardian report revealed Teffo has been a thorn in the side of the SAPS management for a while.

He recently took on two high profile criminal matters in which he alleges that police and politicians are complicit in charging the wrong people, ie: his clients.

Teffo’s arrest was also frowned upon by the public, legal fraternity, prosecutors and political parties.

NPA Regional Spokesperson-Gauteng Local Division Phindi Mjonondwane said following numerous views and opinions expressed by members of the legal fraternity, the public and various stakeholders within the Criminal Justice System it wants to set the record straight on Teffo’s arrest.

Mjonondwane said an internal investigation into allegations that the Director of Public Prosecutions advised the investigating officer about the execution of the warrant was conducted.

“It became apparent that the DPP was not aware of the execution of the warrant, nor did his office approve that the warrant be executed in or at court. The Hillbrow Magistrates’ Court issued a warrant of arrest on 27 January 2022 after Advocate Teffo failed to appear in court on that day.”

“The execution of warrants remains the competency of the South African Police Service (SAPS),” Mjonondwane said.

Mjonondwane said the NPA remains committed to one of its values of accountability and will continue to promote respect for the rule of law, inclusive of upholding the rights of all accused persons.