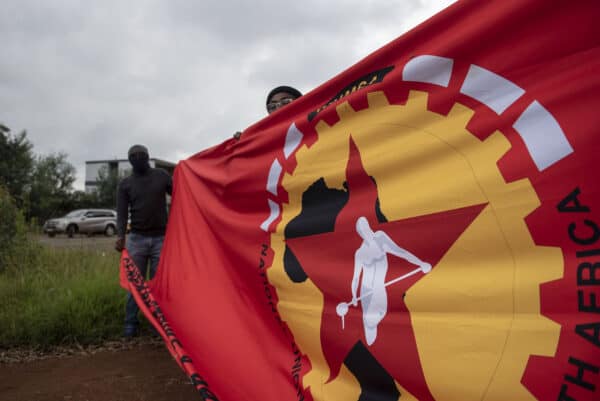 The National Union of Metalworkers of South Africa (Numsa) will embark on a strike on Wednesday demanding a 10% wage increase.

The union served the management of ArcelorMittal South Africa (Amsa) with a 48-hour notice.

Amsa is Africa’s largest steel producer and it supplies over 60% of the steel used in South Africa and exports the rest to sub-Saharan Africa and elsewhere. It is part of the ArcelorMittal Group which employs over 191 000 people worldwide.

Numsa has made a wide range of demands during negotiations with Amsa including:

Numsa says its negotiations with Amsa has reached a deadlock.

“We have been engaging in wage talks under the auspices of the Metals and Engineering Industries Bargaining Council (MEIBC) since March and we have deadlocked with the employer.”

“We have been unable to unlock the deadlock, even though we engaged in conciliation on the 5th of May under the auspices of the MEIBC’s Centre for Dispute Resolution (CDR),” Numsa Sedibeng Regional Secretary Kabelo Ramokhathali said in a statement.

ALSO READ: ‘SA dominated by white supremacy’: Not much to celebrate this Workers’ Day – Numsa

According to Ramokhathali, the board tabled a final offer of 5% across the board, and also offered workers 2% of their salaries in cash as a monthly amount. The union rejected the proposal.

Ramokhathali claims workers at Amsa are paid low salaries, considering the size of the company.

“We reject this proposal. What is a 5% increase for the lowest paid worker who earns approximately R7000? It is not much at all,” Ramokhathali concluded.