Nseleni residents worry that builders and emerging construction companies from rural areas will be excluded from housing development. 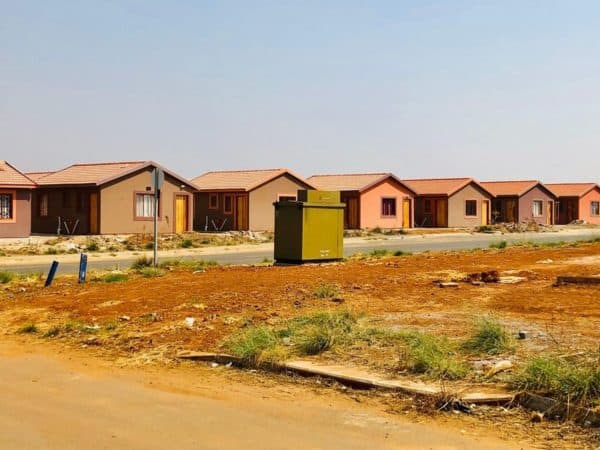 In the era of astronomically rising living costs, developing countries need to ensure small-to-medium businesses are not excluded from economic opportunities.

Richards Bay residents urged the Portfolio Committee on Human Settlements to include small construction businesses in the Housing Consumer Protection Bill, especially in rural areas where many builders don’t have the required industry qualification.

The committee concluded the first leg of public hearings on the Housing Consumer Protection Bill at the eNseleni Community Hall in Richards Bay.

Most people in the uMhlathuze Local Municipality are supporting the bill, but they’re worried that rural-based builders who often lack formal qualifications would be excluded from the economic benefits of government projects.

Residents pointed to the already high unemployment rate in the country due to unequal access to opportunities.

Builders from poorer communities start their careers in the field (on-the-job training) and very rarely hold formal qualifications to supplement their CVs.

As it stands, a large number of builders are excluded from the National Home Builders Registration Council.

Community members suggested the NHBRC focus training initiatives on rural areas to ensure home builders and consumers are capacitated with knowledge about the bill.

The training should include sessions which unpack the theoretical and administrative aspects of the Housing Consumer Protection Bill, such as enrolment of homes which enable consumers to claim against the warranty fund.

However, the devastating infrastructure collapse in the wake of the torrential rains and storm damage renewed concerns over access to quality construction materials.

“There was a general concern that because of poverty, homeowners in rural areas resorted to purchasing cheap materials which compromised the quality of the houses putting the lives of consumers at risk,” said the committee’s chairperson Machwene Semenya.

The committee has been tasked with ensuring that the Bil regulates the usage of poor and compromised building materials.

Many pointed to the lack of capacity as well as inspectors’ inability to do their work competently.

There was a strong view that inspectors possess home building experience.

Community members said Section 79 of the Bill, which aims to penalise transgressors by imposing an R1.7 million fine, while rooted in good intentions, is a penalty that demolished smaller/emerging construction companies.

Residents suggested a regime that will differentiate between small and established businesses with differentiated penalties.

The committee appreciated all the meaningful inputs made on the bill and assured residents their concerns will be considered when the committee deliberates.

“The inputs made here will qualitatively serve to improve the Bill. Your contributions have further capacitated Members of Parliament with information that will be used to strengthen the Bill to produce a law that is responsive to lived experiences and will ensure improved building standards in South Africa,” said Semenya.

The committee will hold the second of three hearings in KZN at the Msunduzi Town Hall in Pietermaritzburg.