Edenvale SAPS confirmed that there was a robbery incident at Edenvale High School earlier on Thursday. 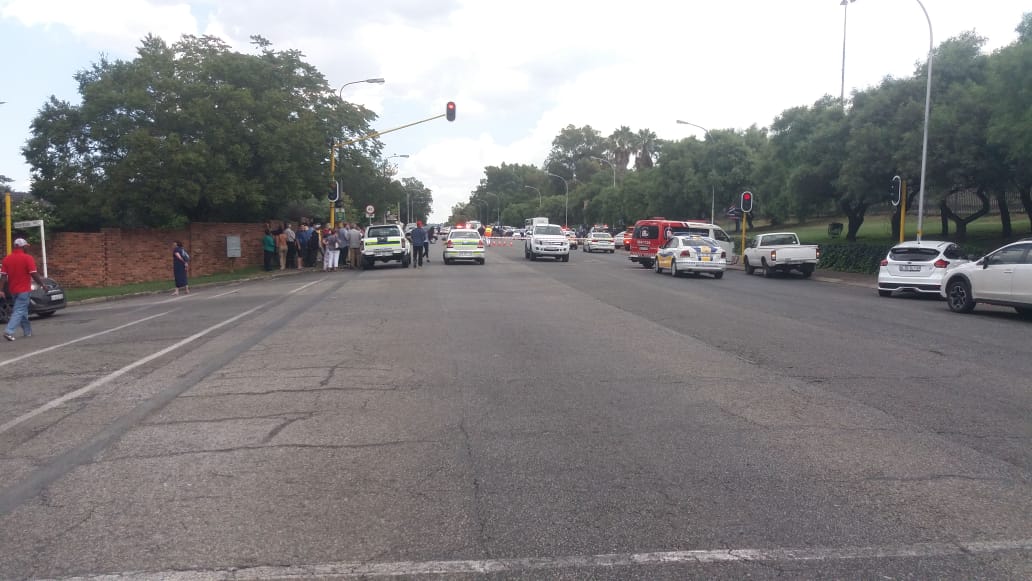 The Edenvale SAPS have confirmed that there was a robbery incident at Edenvale High School earlier today, reports Bedfordview Edenvale News.

SAPS spokesperson Sgt Jacob Mashile also confirmed that two other suspects were arrested and one fled the scene.

An active manhunt is in progress as security officers and SAPS members search the surrounding area for the remaining suspect.

“The men used AK47’s and handguns in the robbery,” Mashile said.

Emerg-G Med emergency services are currently on the scene, and have reported that multiple suspects were shot in the incident.

The Edenvale Community Policing Forum (CPF) have appealed to motorists and residents to avoid the area.

It is reported that children are safe in the classroom at the school. A police helicopter is currently circling the area.

Emer-G-Med spokesperson Jurgen Kotze confirmed that no teachers or learners were injured in the incident.

Images from Edenvale scene: 4 suspects shot and one arrested. One dead. Police are at the scene. @Lesufi @EducationGP @GP_CommSafety @SAPoliceService pic.twitter.com/MTWC6Adlui