Carl Niehaus set to be suspended from ANC for ‘misconduct’

Niehaus has 48 hours to give reasons as to why he should not be suspended on full pay, pending disciplinary action mounted against him. 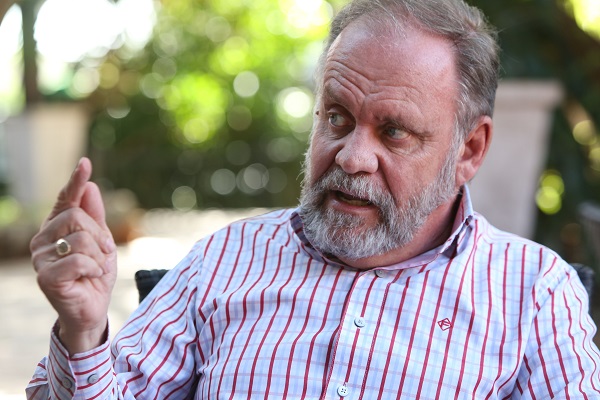 The letter read that Niehaus had been advised more than once that “your public statements and social media posts are unbecoming of someone in this high office”.

When asked whether Niehaus intended to fight the suspension, he told The Citizen: “I do not comment on leaked letters, and I will not respond in public to a leaked letter.”

Since 1 March 2019, Niehaus has been giving direct support to ANC secretary-general Ace Magashule.

He received a written warning on 12 October last year, but his latest transgressions involve a statement issued in his personal capacity, which read that he was recovering from Covid-19, but that not all ANC members were supporting him in his time of need.

He singled out ANC deputy secretary-general Jessie Duarte, saying he was saddened that she “saw fit to attack me and undermine my long history as a 42-year veteran of the ANC in good standing”.

“This she did, knowing that when she was doing so, I was gravely ill. It was unnecessary and callous – I am deeply saddened by it.”

ANC general manager Febe Potgieter-Gqubule said in the letter to Niehaus that his personal statement “crosses all boundaries from an ANC employee, and particularly someone of your seniority.”

Potgieter-Gqubule added that Niehaus’s statement was in violation of the party’s personnel policy manual.

In October last year, Ace detailed in a letter sent to Niehaus his intentions to distance himself from remarks made towards the National Executive Committee (NEC) of the ANC.

“I have observed, with concern, that you are involved in activities that create the impression that you act on instructions from me. I wish to distance myself from your remarks regarding the NEC of which I am a member,” Magashule’s letter to “Comrade Carl” read.

Magashule said the ANC’s resolutions for radical economic restructure, as per its 53rd and 54th national conferences, bound and committed all members and structures of the party.

“They are not, and cannot be allowed to be perceived as, the dominion of “RET Forces” or any grouping or faction.

“Any attempt to create such an impression is wrong, creates disunity with the ANC, and as such must be repudiated.

“Accordingly, I distance myself from any and all activities which cause disunity in my name.”

Niehaus has 48 hours to give reasons as to why he should not be suspended on full pay, pending disciplinary action mounted against him for “misconduct”.

'Rambo-phosa' will have to hope his voters remain gullible
5 hours ago
5 hours ago
PREMIUM!

'Rambo-phosa' will have to hope his voters remain gullible
5 hours ago
5 hours ago
PREMIUM!