The former president is currently serving his prison sentence at the Estcourt Correctional Centre in KwaZulu-Natal. 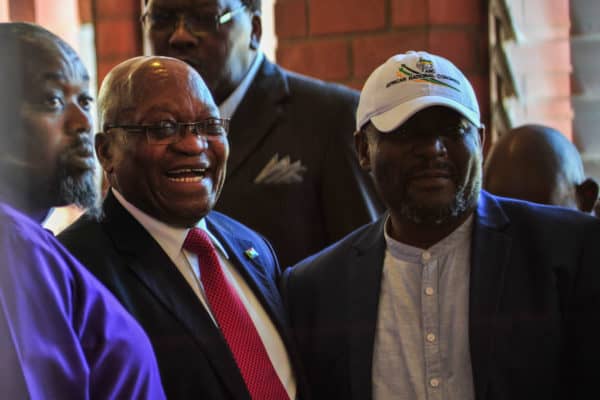 Jacob Zuma during judgement on Jacob Zuma's application for a permanent stay of prosecution on his corruption case together with Thales at the Pietermaritzburg High Court on October 11, 2019 in Pietermaritzburg. (Photo by Gallo Images/Darren Stewart)

The supporters of former president Jacob Zuma behind the #FreeJacobZuma campaign will now approach the International Criminal Court (ICC) in an effort to force his release from prison.

The campaign, led by the former president’s staunch ally and suspended ANC member Carl Niehaus, previously indicated the memorandum of demands would be delivered to President Cyril Ramaphosa’s office with a deadline of 14 days for him to respond.

Now that 14-days have passed, with no response from Ramaphosa, the group announced in a statement on Wednesday that they will be lodging a case for investigation and prosecution with the ICC in The Hague, Netherlands, under the Rome Statute.

The group further said it would engage in protest action outside the Pietermaritzburg High Court next Tuesday, where Zuma’s special plea arguments in his arms deal corruption trial will be heard.

While the group is calling for Zuma’s release, they are also demanding the withdrawal of the arms deal corruption case.

Zuma was slapped with a 15-month jail sentence when he was found guilty of contempt by the Constitutional Court (ConCourt) in June for failing to comply with the apex court’s ruling forcing him to appear before the Commission of Inquiry into Allegations of State Capture.

The ConCourt then heard his rescission application challenging the sentence, however, the judgment was reserved in the matter.

The former president is currently serving his prison sentence at the Estcourt Correctional Centre in KwaZulu-Natal.