Bathabile Dlamini to be prosecuted for lying about social grants crisis

The Centre for Applied Legal Studies says a summons has been issued for Dlamini to appear in court on 21 September 2021. 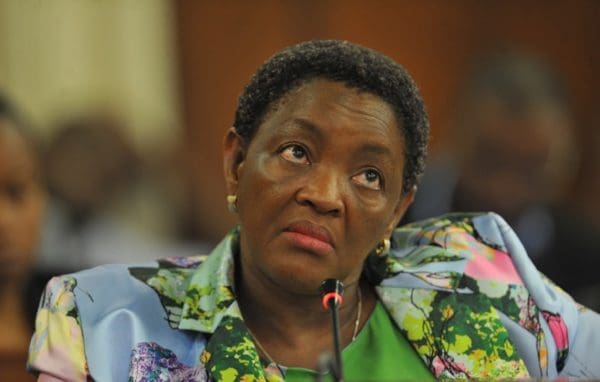 The Black Sash Trust and the Centre for Applied Legal Studies (CALS) on Tuesday welcomed the decision by the director of public prosecutions in Gauteng to prosecute former social development minister Bathabile Dlamini for alleged perjury or giving false evidence.

The charges relate to Dlamini’s testimony during a section 39 inquiry in 2018 that was chaired by judge Bernard Ngoepe.

The inquiry was instituted by the Constitutional Court (ConCourt) to decide whether Dlamini should pay the legal bills from her own pocket for the social grants crisis in 2017.

The ConCourt had admonished the former minister for the repeated extension of the contract between the South African Social Security Agency (Sassa) and its former grants distributor, Cash Paymaster Services (CPS).

The apex court declared the contract unlawful in 2014.

In his findings, Ngoepe found that Dlamini had failed to disclose to the ConCourt the extent of her involvement in the social grants crisis and she was ordered to pay a personal cost order of around R650,000.

The inquiry’s report described Dlamini as an “evasive” witness who answered simple questions with “I don’t know”, “I don’t remember” or simply failing to answer at all.

In September 2018, the ConCourt ordered that Ngoepe’s report be forwarded to the national director of public prosecutions to consider whether Dlamini had lied under oath and should be prosecuted for perjury.

CALS, which represented the Black Sash Trust at the section 39 inquiry, said a summons was issued for Dlamini to appear in the Johannesburg Regional Court on 21 September 2021.

“On 19 August 2021, CALS and the Black Sash Trust were informed that the director of public prosecutions in the Gauteng local division in Johannesburg has decided to prosecute Ms Dlamini for perjury or alternatively for giving false evidence,” CALS said in a statement.

CALS and the Black Sash Trust said the decision to prosecute Dlamini for perjury sent a message to the public that everyone was equal before the law.

“This is a significant moment for holding public officials personally accountable for the execution of their duties and to protect the integrity of the social security system,” said Rachel Bukasa, executive director at the Black Sash Trust.

“The Black Sash remains committed to its goal to ensure that the right to social security is fully realised. While are pleased that the Covid-19 Social Relief of Distress Grant has been reinstated with the eligibility criteria expanded to include unemployed caregivers, we will continue to advocate for permanent social assistance for the unemployed while a universal basic income remains the ultimate aim.”