The commission began its work in August 2018 and was initially given 180 days to wrap up. The Pretoria High Court has granted the Commission of Inquiry into Allegations of State Capture yet another extension three-month extension.

The commission’s application was heard in court on Wednesday morning.

Zondo had requested that he be given until 31 December to finalise the report to be handed over to President Cyril Ramaphosa.

The judgment means that this is the fifth extension that has been granted to the commission since its establishment.

According to the Department of Justice and Constitutional Development, the extension could see the commission spending up to R35 million in order to complete its work.

Zondo, who has heard evidence for 418 days, previously revealed that the commission had collected 71,000 pages in submissions from more than 300 witnesses ever since the inquiry began its work almost three years ago.

He argued in his papers that he sought the extension due to delays in the preparation of first, second and third drafts of the analysis of evidence given by the witnesses.

The inquiry began its work in August of that year and was initially given 180 days to wrap up. However, it was granted a two-year extension of its deadline from 1 March 2018 to 18 February 2020 due to the scope of its investigations.

It was granted another extension from 1 March 2020 to 31 March 2021 due to the commission needing more time to be able to make proper findings, and disruptions because of the Covid-19 pandemic.

It then obtained a three-month extension until the end of June 2021 in order to complete its work.

The Pretoria High Court then granted the commission another extension from 1 July 2021 to the end of September 2021 to hear Ramaphosa’s final testimony, as well as to finalise its report.

Zondo indicated that there would not be a provisional report of the commission, saying only a final report would be released. 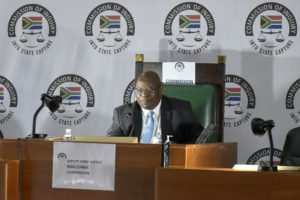 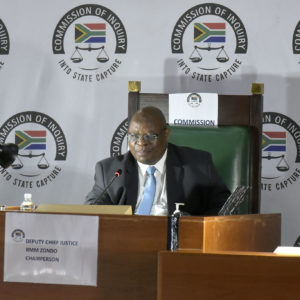