The Jacob Zuma Foundation announced that the former president would appeal the court ruling. 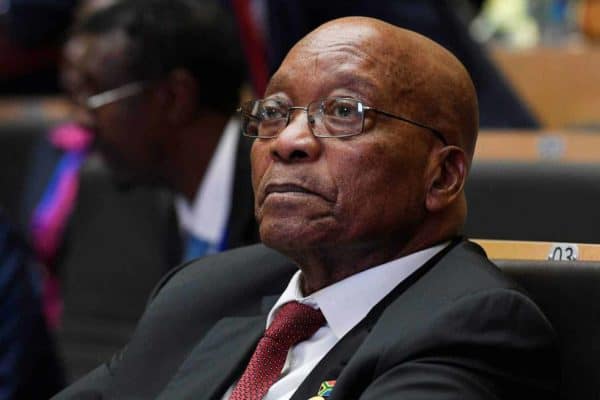 The Pretoria High Court on Wednesday morning ruled that former national commissioner of correctional services Arthur Fraser’s decision to place former president Jacob Zuma on medical parole in September was unlawful and has set aside the decision.

“The medical parole decision is substituted with a decision rejecting the third respondent’s application for medical parole,” the court said in its judgment.

The national commissioner of correctional services and Zuma were ordered to pay the costs of the medical parole challenge.

ALSO READ: Judiciary will continue to protect rule of law, even under difficult circumstances – Zondo

The high court ordered that Zuma should return to jail to serve out the remainder of his 15-month sentence imposed by the Constitutional Court (ConCourt) in late June for refusing to obey court orders to appear before the Commission of Inquiry into Allegations of State Capture.

The nearly three months that Zuma has been out on medical parole does not count toward the fulfilment of his
sentence, meaning the time he has spent at home cannot be considered as part of his 15-month jail sentence.

According to the judgment, Zuma defied the commission, the judiciary and the rule of law and is resolute in his refusal not to participate in the state capture commission’s proceedings.

“He states in his answering affidavit that he considers himself ‘a prisoner of the Constitutional Court’ and claim that he was ‘incarcerated without trial’.”

Fraser’s “unlawful intervention” mitigated the punishment imposed by the ConCourt, “thereby rendering the constitutional order ineffective, which undermines the respect for the courts, for the rule of law and for the Constitution itself,” according to the judgment.

“The commissioner’s unlawful intervention has resulted in the third respondent (Zuma) enjoying nearly three months of his sentence sitting at home in Nkandla, not serving his sentence in any meaningful sense.”

In support of their review application, the DA referred to a Sunday Times article on 17 October 2021 about Zuma meeting with his close political allies – suspended Luthuli house staffer Carl Niehaus and former South African Airways board chair Dudu Myeni – at the Sibaya Casino and Entertainment Kingdom in Durban on 15 October 2021.

The DA also cited that after his release on parole, Zuma had addressed his supporters at a virtual prayer meeting on 14 October 2021.

“As determined by the board the third respondent [Zuma] is not terminally ill or severely incapacitated and seems to be living a normal life,” the judgment stated.

Meanwhile, the Department of Correctional Services said in a terse statement it had noted the high court’s judgment on Zuma’s medical parole and was studying the ruling.

Zuma’s foundation announced on Twitter that he would appeal the court’s judgment “on the grounds that the judgment is clearly wrong and there are strong prospects that a higher court will come to a totally different conclusion.”

NOW READ: ‘I took the decision’: Arthur Fraser on why he released Zuma against board’s advice