'These conditions no longer require that we remain in a national state of disaster,' says Ramaphosa. 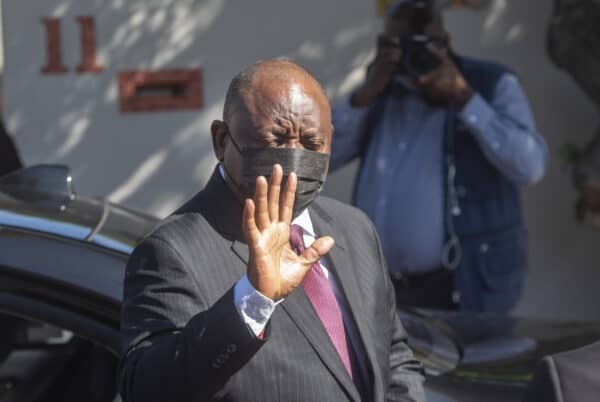 President Cyril Ramaphosa has announced that the national State of Disaster will end at midnight on 5 April.

Ramaphosa addressed the nation on Monday following the last “family meeting”, which took place on 22 March.

During the live proceedings, the president said the country’s State of Disaster was “necessary” to respond to the Covid-19 pandemic.

“While the pandemic is not over and while the virus remains among us these conditions no longer require that we remain in a national State of Disaster,” he said.

ALSO READ: Have your say on the proposed draft Covid-19 regulations set to replace State of Disaster

Ramaphosa indicated that the pandemic will be managed in terms of the  National Health Act hence the decision to end the State of Disaster.

“Cabinet has decided to terminate the national State of Disaster with effect from midnight tonight,” the president added.

Government has repeatedly been criticised for extending the State of Disaster without parliamentary oversight.

Ramaphosa first declared the State of Disaster in March 2020. Therefore, South Africa has been in lockdown for at least 738 days as of 4 April.

READ MORE: SA health experts call for face masks and other Covid restrictions to be dropped

South Africa currently has a total of 3,723,639 cases to date with 685 new cases in the past 24 hours, according to the National Institute for Communicable Diseases (NICD).

Two Covid related deaths were reported, with the total number currently standing at 100,052.

Just over 33 million vaccines having been administered across the country as of 3 April.