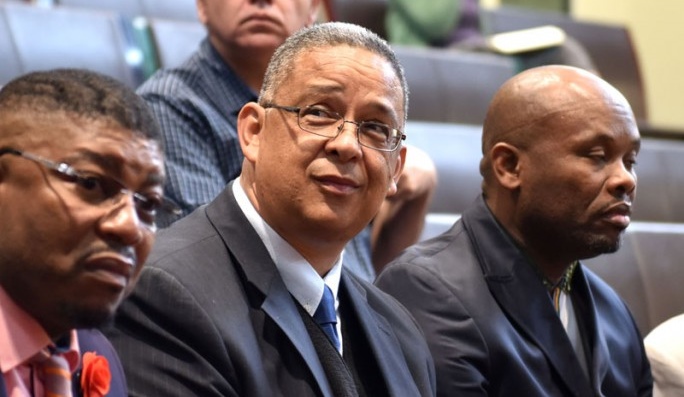 Robert McBride sits in the ConCourt in Braamfontein ahead of judgment, 6 September 2016. Picture: Tracy Lee Stark

McBride on Tuesday filed an urgent application in the High Court in Pretoria for the court to set aside Cele’s decision and to direct the National Assembly’s portfolio committee on police to make a decision about the renewal of his contract before 28 February, which will be McBride’s last working day if Cele gets his way.

If necessary, he also wants the court to declare a section of the Ipid Act unconstitutional to the extent that it confers the power to renew the appointment of the directorate’s executive director on the police minister rather than the portfolio committee on police.

Cele informed McBride last month that he had decided not to renew his employment contract but McBride responded angrily, demanding that Cele withdraw his decision and refer the decision to the portfolio committee.

Cele refused, maintaining he was within his rights to make the decision and that McBride had no legitimate expectation or right to have his contract renewed.

He referred Cele to a 2016 Constitutional Court judgment that reinstated him in his post after former police minister Nathi Nhleko illegally suspended him and ruled that the police minister did not have the power to intervene in Ipid matters.

The Constitutional Court ruled Sec 6(3) of the Ipid Act was unconstitutional and it was subversive of Ipid’s independence to empower the minister to unilaterally interfere with the director’s tenure as it turned him into a pubic servant subject to the political control of the minister.

McBride contended in an affidavit Cele’s decision was irrational, unlawful, contravened the Ipid Act and undermined the independence of Ipid guaranteed in the constitution.