Anyone trying to locate a document often has to set aside hours to face the growing fire hazard, and they may never succeed. 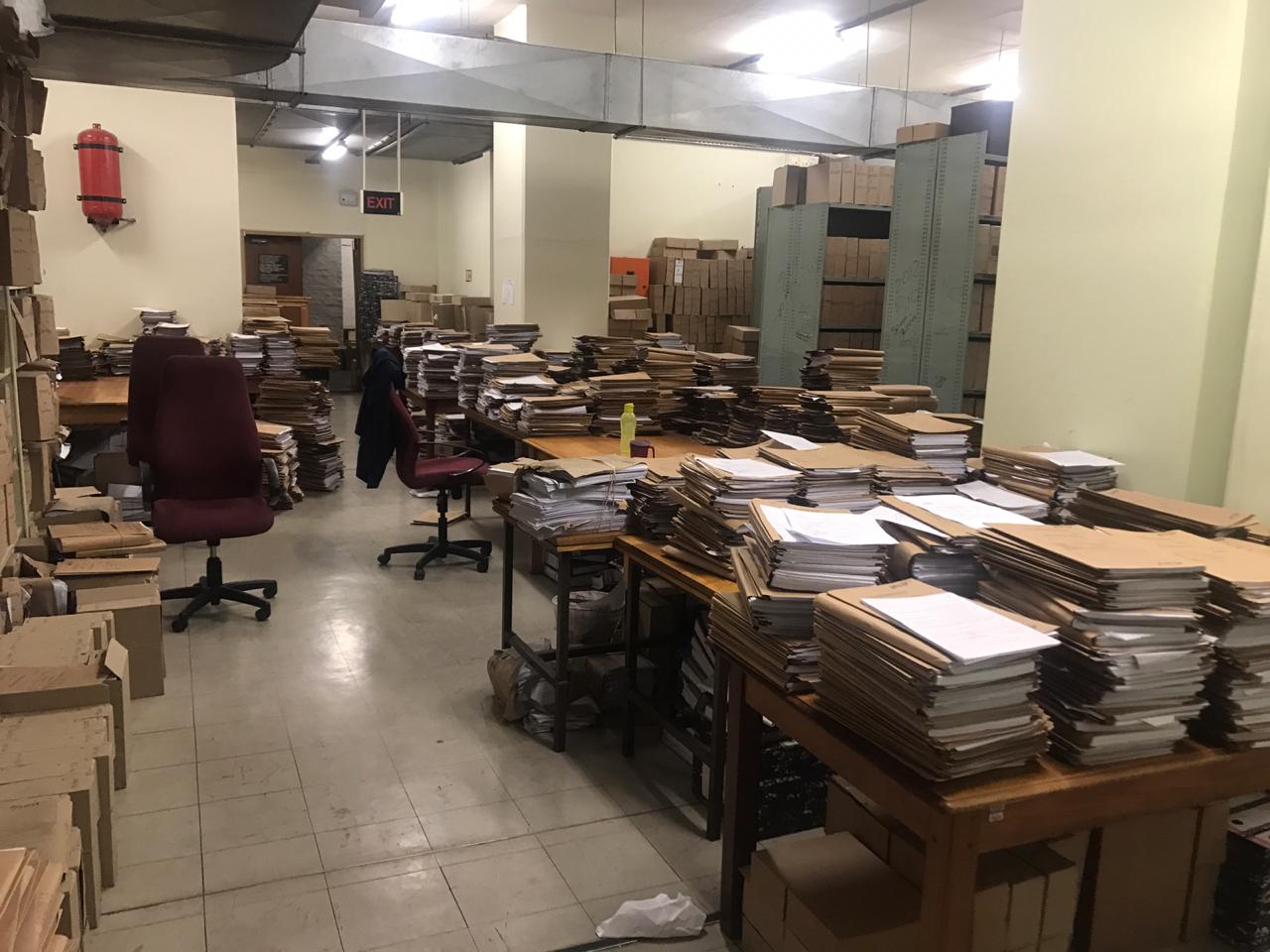 The basement of the High Court in Pretoria is an unruly mess of more than 500,000 court files, with evidence, transcripts and summonses dating back six years, dumped and stacked up to the ceiling, with much of it inaccessible for court proceedings.

The basement of the court on Madiba Street in Pretoria, which was initially designated as a parking area, was turned into a space where files were piled on top of each other for years.

Attorneys, clerks and the general public often queue for hours to request files for their relevant cases, only to be told by the 14 frustrated staff members: “No file”, which results in yet another court date postponement.

This delays court proceedings, leaving clients to pay their legal firms a lot more for time wasted, seeking a simple file which contains the relevant annexures and evidence for hearings and claims.

When The Citizen visited the large basement yesterday morning, we were met with scores of brown boxes and folders, some stacked neatly on the shelves with thousands more disorganised court documents placed on desks, in open offices, on the floor and even in parking areas, next to judges’ Range Rovers and BMW SUVs.

The files were, indeed, in the large storeroom, but accessing them appeared to be a safety risk, as hundreds were stacked on top of each other, forcing staff to ignore searching at the bottom of the pile to save time and to get through the queue speedily.

“The basement and the Palace of Justice are very congested and we have tirelessly tried to arrange space for 2018 files, but to access them proved to be tedious. This is embarrassing to the public who come to request such files,” said a registrar clerk who wished to remain anonymous.

“One cannot move around without stepping on a file, which gives a bad impression to the public about this office.

“Even the emergency fire exits are filled with files and, should a fire break out, we won’t be able to get to a place of safety.” 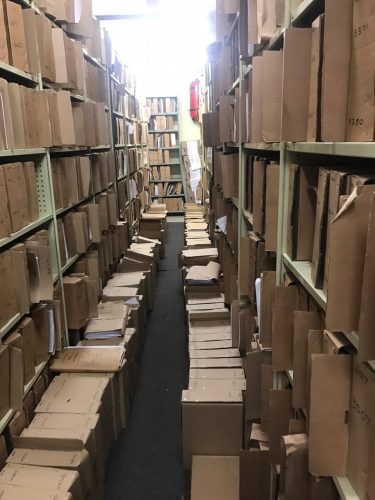 An attorney, who also asked to remain anonymous, said he insisted on searching for his own file last week, which he found four long hours later.

“You can come back day after day for a whole month, looking for one file. We are then forced to open a duplicate file, but we have lost all the originals. These are files related to a trial or a motion and we end up having to charge our clients more for the hours spent searching for these files. This delays the case so much,” he said. 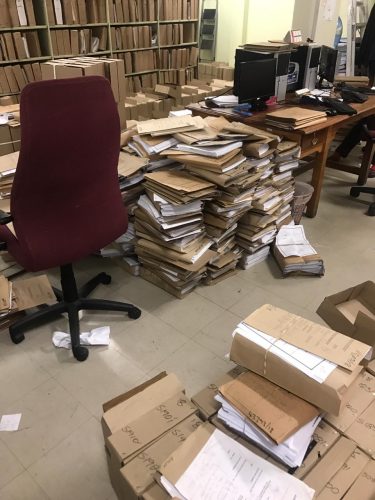 The office of the chief justice said it was aware of the inadequate filing system, admitting it was due to lack of archive filing space for the high-volume courts.

Spokesperson Nathi Mncube said an internal office of the chief justice records management committee had been established to identify short-, medium- and long-term solutions to address the current challenges.

“The identification of off-site storage facilities, in collaboration with the department of public works and the department of justice, is also being looked into at this stage to address the immediate filing challenge faced at the court.

“Files that are currently lying on the floor are in the process of being sorted and cleared to alternative locations.”

The chief justice had prioritised modernising the courts to ensure a paperless electronic filing system to allow litigants to issue, process and file papers electronically at the courts from a remote site.

Tshwane parents found guilty of assaulting, neglecting their baby
8 hours ago
8 hours ago

Tshwane parents found guilty of assaulting, neglecting their baby
8 hours ago
8 hours ago