The young woman will have to relive the trial trauma once a new judge for Omotoso's rape trial is appointed. 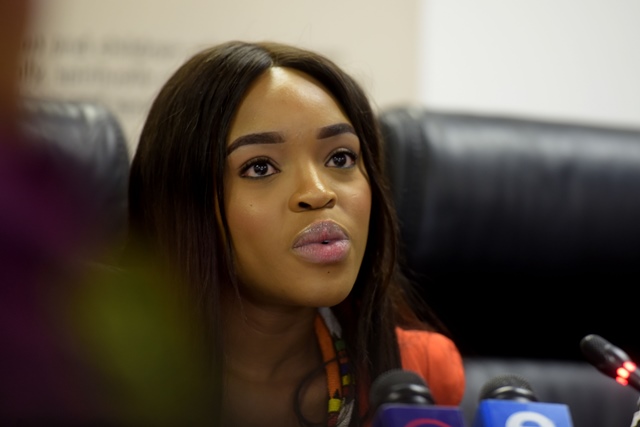 The first state witness in Nigerian pastor Timothy Omotoso’s rape trial, Cheryl Zondi will testify again, should she be requested to by the court, when Omotoso’s trial resumes in April.

Zondi hosted a media briefing at Milpark Garden Court on Empire Road on Tuesday to answer questions on her way forward following Judge Mandela Makaula’s recusal from the case. Makaula, on Friday, tabled reasons why he felt compelled to recuse himself from the case. Zondi said she was hit by a wave of questions on what would happen next.

“If I have to go through ‘secondary victimisation’ again then so be it,” Zondi said.

“When I heard about the recusal, I didn’t feel good about it at all, because the thought of having to go through this process again… It’s a very stressful thing…” 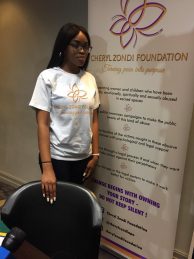 Cheryl Zondi speaks on her way forward to the next Omotoso trial. Photo: Chisom Jenniffer Okoye

She, however, said it was better to go through another trial again when the list of witnesses was still one. She was glad there were no other witnesses who would be forced to relive the traumatic testimony with her before describing Makaula’s recusal as “not the worst thing that could happen”.

“I don’t care how many times I have to tell the truth or go through the same process over and over again – I will keep doing it, I will not give up and that is that,” said Zondi.

“I have a responsibility to live up to the confidence our people have in me and to keep going.

“I want everyone looking up to me to see that it’s possible to go through this and move on, be happy, be unapologetic, wear what they want, go where they want, be sexual if they want and just live how they want.

“I’ve been through and worse, and they are watching and waiting to see if I’m going to give up and I want them to know that I’m not. Giving up is not an option. Yes, I’m only human but that’s all I need to be.”

Asked if she felt Makaula was overprotective over her, she said he was simply being “civil, like any other human being”.

Cheryl Zondi speaks on moments she found out about Makaula's recusal

The trial is expected to reset with all testimonies to start afresh and a new judge appointed. Omotoso’s defence has taken the advantage by requesting that the trial not be broadcast live and a trained psychologist be present in court when the trial resumes. The court is yet to rule on the request.

Dauberman argued that court processes didn’t allow witnesses to hear other witnesses and objected to the live broadcasting of the trial.

In October last year, Makaula dismissed an application for leave to appeal his earlier decision not to recuse himself.

At the time, Makaula said the defence’s argument that he had a “cosy” relationship with Zondi was disingenuous and deliberately taken out of context.

Then late last year, the Supreme Court of Appeal turned down Omotoso’s application for Judge Makaula to recuse himself and for the charges against the pastor and his co-accused to be quashed.

Omotoso, who faces 63 main charges and 34 alternative counts which include human trafficking, rape, sexual assault, racketeering, and conspiracy in aiding another person to commit sexual assault, has since filed a petition in the Constitutional Court on the matter.

His two co-accused, Lusanda Solani and Zukiswa Sitho, are accused of recruiting girls from all over the country for purposes of sexual exploitation.