State prosecutor Yusuf Baba maintains there are clear facts implicating the accused on the night in question. 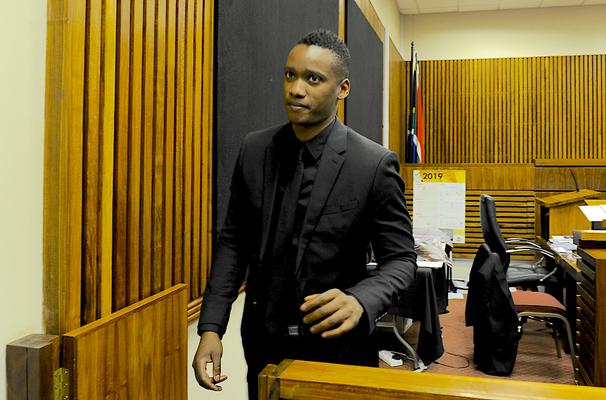 An application to have Duduzane Zuma’s culpable homicide charges discharged has been refused.

Duduzane appeared in the Randburg Magistrate’s Court facing culpable homicide charges. The court ruled against discharging charges against Zuma and was postponed to May 17.

Zuma’s sister Duduzile and other family members were present in the court alongside BLF members and lobby group Afriforum.

His defence, Mike Hellens, argued that Zuma was not driving recklessly when his car crashed, but a water puddle caused him to lose control of his Porsche.

He urged the court to acquit Zuma on all charges as there was no evidence to indicate the culpability of the crash. He argued that the state had failed to indicate that Zuma was indeed reckless and negligent on the night of the accident in 2014.

“The state does not have accident reconstruction evidence which would explain what could have happened that night.”

He drew on research done on Porches to argue that Zuma’s vehicle, due to its weight and wide tires, was likely to aquaplane (slide uncontrollably on a wet surface) and Zuma was unaware that his vehicle had this inclination.

He maintained the state could not answer the question of what caused the accident, which in turn meant the state had failed to make a case out of negligent driving against Zuma.

State prosecutor Yusuf Baba said there were clear facts that implicated Zuma on the night in question.

Questions on how deep the water was on the night did not take away the fact that it was the driver’s responsibility on the road to ensure the safety of other motorists, he said.

Zuma drove a Porsche, there were white marks from the combi on the Porsche, Janet Mashaba and the late Phumzile Dube were at the scene said Baba to the court.

He said Zuma’s defence wanted the court to ignore the earlier testimonies from three witnesses and that should not be allowed by the court.

This instrument can kill, argued Baba, and it was the driver’s responsibility to reduce speed in the event of rain.

The court also heard from an accident reconstruction expert who testified that human error may have caused the 2014 crash.

Zuma is no longer being prosecuted on two counts of culpable homicide as the second charge was withdrawn.

Taxi passenger Dube was killed and three others were injured after Zuma’s Porsche rear-ended a minibus taxi on the M1 South off-ramp to Grayston Drive in Sandton. Later, Mashaba passed away in hospital, due to what has now been determined as pre-existing conditions.