Mabuza’s former friend turns against him in ANC faction fight

Themba 'Masofa' Sgudla wants to join court action to expose alleged fraud in the creation of bogus branches which elected Mabuza in 2015. 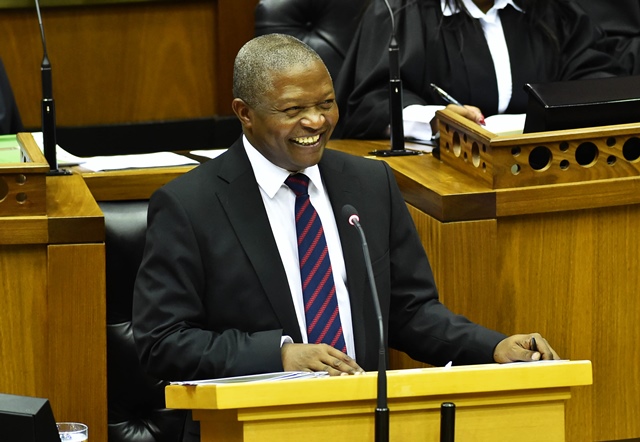 A former close friend of Deputy President David Mabuza is set to join the legal action between the dominant factions in the Mpumalanga ANC.

He vows to expose alleged fraud in the creation of bogus branches ahead of the party’s 2015 provincial congress that elected Mabuza for a third term.

In October last year, disgruntled ANC members hauled the party before the Mpumalanga High Court to annul the provincial executive committee (PEC). They argued that the structure was illegal as it was a creation of alleged fake branches.

The matter is expected to be heard in the high court in Mbombela today.

Emalahleni businessperson Themba “Masofa” Sgudla was quoted on provincial online news platform 013News as saying he was joining one of the ANC factions as a friend of the court, to help with proof of alleged wrongdoing he witnessed while he was Mabuza’s friend.

Two party insiders confirmed to The Citizen that Sgudla was throwing his weight behind the case as part of his fightback against Mabuza, following the latter’s last-minute support of Cyril Ramaphosa’s camp over that of Nkosazana Dlamini-Zuma in the December 2017 elective congress at Nasrec in Johannesburg.

The faction seeking to disband the provincial structure is also arguing that a national executive committee (NEC) 2015 resolution instructing the then PEC to bring the two regions of Bohlabela and Ehlanzeni into one, in line with government demarcation, was not followed. This ultimately means the Mpumalanga delegates that voted in the 54th ANC leadership at Nasrec were “bogus”.

The party has been unable to convene the provincial general council to elect Mabuza’s replacement and this has been postponed until after the May 8 elections.

ANC Mpumalanga acting chairperson Mandla Ndlovu said he was not aware of Sgudla’s move but confirmed that Sgudla, who has since formed a political party to contest the elections, had been trying to join in the case for some time.

He said Sgudla must allow the ANC to sort out its problems and focus on the affairs of his own political party, the SA National Congress of Traditional Authorities.

Sgudla could not be reached for comment but has been quoted as saying lawyers were being consulted to file urgent court papers because if successful, it would mean the May 8 date declared by Ramaphosa was illegal as he was not a legitimate president.

“We want [Jacob] Zuma reinstated because he was removed by an unconstitutional NEC …,” he said.