The journalist's defence argues that the EFF leader and his party failed to prove their tweeted allegations. 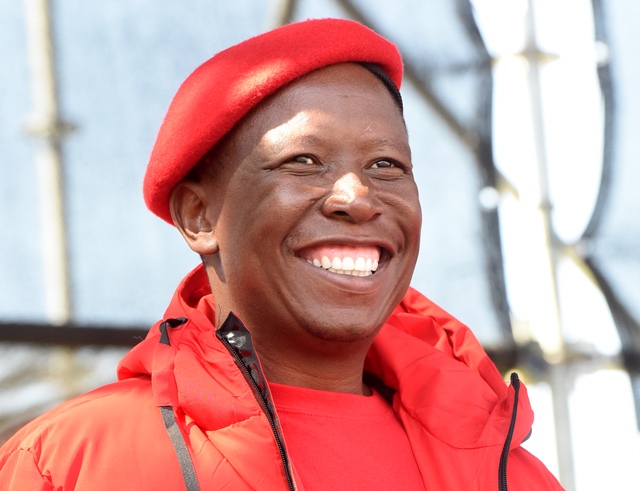 TV talk show host and veteran journalist Karima Brown has squared off with the Economic Freedom Fighters in the High Court in Johannesburg on Monday.

Brown wants the court to rule that the EFF contravened parts of the Electoral Act. She recently lodged a complaint against the party with the Independent Electoral Commission and wants the EFF to be forced to publicly issue an apology and fork out a R100,000 penalty fee for posting a screenshot showing her contact number without her consent last month.

EFF leader Julius Malema posted the screenshot, which sparked an outpouring of abuse against her from his supporters. He later removed her number and apologised, which apparently did not derail Brown from her mission.

Malema’s tweet was read out by Judge Dippenaar, who also read out several hate messages directed at Brown.

Brown’s defence argued that Malema and the EFF had failed to prove their allegations that Brown was a mole or an ANC operative as stated in the tweet.

Budlender said Malema initially refused to apologise, but when he did, he did not do it on the same platform the misconduct was performed. He argued that Malema had made no attempt to curb the abuse against Brown, and by the time of his apology at an EFF briefing, the damage had already been done.

Allegedly, Malema has not acknowledged that after he made the allegations of Brown being a spy, people who described themselves as his supporters threatened violence against her. The court heard how Malema had a legal duty to take reasonable steps to address the conduct since Brown was subjected to abuse, harassment, and intimidation.

Budlender argued that Malema failed to understand he was not allowed to make false allegations that a journalist was a spy, and that should his supporters threaten someone, he had the legal responsibility to take the necessary steps to condemn the conduct.

In response, Ngalwana argued that context was very important in this case.

He said he would tackle the inaccurate submission by Budlender as Malema did not encourage people to rape anyone.

“This is a freedom of speech matter.

“Is one to sit idly by and not react to a tweet that the journalist has put out? They have a right, too, to retaliate to statements made by the journalist.”

The case continues in the high court as Ngalwana defends Malema’s actions.