In Mkhwebane vs Ramaphosa fight, ‘she’s the one losing face’

'We have a public protector who has lied under oath – and we cannot have any confidence in her work,' the Helen Suzman Foundation’s Anton van Dalsen says. 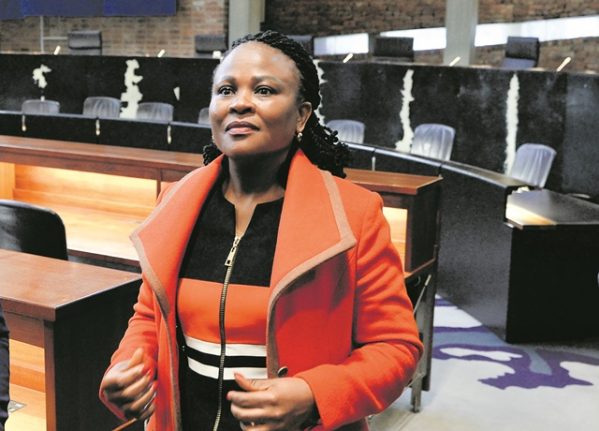 The public protector is fighting a losing battle for her credibility, according to commentators, after a week of legal battles which yesterday saw her face off against President Cyril Ramaphosa in court, with him filing yet another challenge against one of her recent reports.

Busisiwe Mkhwebane has come off second-best in several challenges to her reports, including the ones which made adverse findings against Ramaphosa and Public Enterprises Minister Pravin Gordhan.

The question of whether Ramaphosa had the executive powers to discipline Gordhan as a minister was a main component of his bid to delay acting on her remedial action, which stemmed from an investigation into Gordhan awarding a pension payout while working at the South African Revenue Service (Sars).

Legal expert at the Helen Suzman Foundation Anton van Dalsen supported Ramaphosa’s right to wait until a judicial review had been heard in the Gordhan matter.

“The principle remains, why would you want to take an executive decision based on something the pending judicial review might have overturned in the next few months. How will you undo that after the fact?” he said.

Mkhwebane’s last shred of credibility was destroyed by the Constitutional Court judgment ordering that she personally pay the legal costs in the battle over her report into the ’90s bailout of Absa bank, he said.

“Simply reading the Constitutional Court judgment carefully shows you she has lost credibility as a public protector.”

Yesterday, Ramaphosa asked the court to declare that he had complied with Mkhwebane’s instruction to provide him with an implementation plan on the actions she ordered him to carry out within 30 days. He also wanted to delay disciplining Gordhan until the pending judicial review of her report was heard.

The Economic Freedom Fighters, arguing in support of Mkhwebane, said Ramaphosa did have the power to discipline Gordhan in the form of a reprimand.

‘Our public protector lies under oath’

In court papers yesterday, President Cyril Ramaphosa castigated a report by Mkhwebane which found he had lied about his knowledge of a donation made to his presidential campaign by state capture-linked firm Bosasa.

In his founding affidavit, Ramaphosa describes the report as “utterly irrational”, pointing out apparent mathematical errors on the amounts allegedly appearing in transactions she investigated.

The Helen Suzman Foundation’s Anton van Dalsen said these matters were being heard in the context of a public protector whose work had already been found wanting by the Constitutional Court.

“The courts have deemed there to be reasonable apprehension of bias on her part and that she has passed unlawful remedial reaction and acted ultra vires (beyond her legal power or authority) in terms of her powers under constitutional law,” said Van Dalsen.

“The Constitutional Court found she even broke her oath of office. Most recently, the high court found her remedial action was vague, self-contradictory and nonsensical. So we must know that as South Africans we have a public protector who has lied under oath – and we cannot have any confidence in her work.”