He had flown from Stockholm, Sweden, to hear for himself the testimony of his son's last moments.

Jesper Otterbeck clutched a laminated photograph of his late son, Aksel Otterbeck, to his chest, or held it aloft every time his son’s name was mentioned during the trial of the man accused of driving drunk and causing the young volunteer’s death.

He had flown from Stockholm, Sweden, to hear for himself the testimony of his son’s last moments before he was run over in a leafy suburban street in Table View, Cape Town, on December 14, 2016.

“I spoke to him a few days before he died,” said Otterbeck on the side-lines of Darryl Futter’s trial in the Cape Town Regional Court on Tuesday.

“He said he was the happiest he had ever been.”

Aksel had taken a gap year to volunteer for Save, a children’s NGO, in South Africa, and then wanted to travel to Australia.

After that, he planned to tackle a degree in nanotechnology in Sweden.

“He loved mathematics and physics. He was also a keen surfer,” said Otterbeck.

He said he encouraged his son to travel: “I wanted to expose him to everything that is not rosy and cosy like Sweden.”

However, the night his son died was when all colour drained out of Otterbeck’s world.

“I would play the ‘movie’ of the accident over and over in my head. Everything was grey for me. It is harrowing.”

And, to add to his pain, the wheels of justice are turning very slowly, with more than two years passing and still no verdict.

However, Otterbeck said he had come to realise the police and courts were overworked.

“But I see now that if you want proper justice, you must have a proper process,” added the grieving dad.

He will be returning to Sweden this week after the case was postponed to September 17.

Futter has pleaded not guilty to charges of culpable homicide, driving under the influence of alcohol (alternatively, exceeding the breath alcohol limit of 0.24mg/1,000ml), reckless and/or negligent driving, and two counts of assault.

He is currently out on bail. 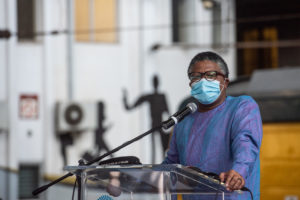