Simelane, who would have turned 60 in September, disappeared after security police arrested her in 1983.

The Gauteng High Court in Pretoria has ordered that anti-apartheid activist Nokuthula Simelane be presumed dead, bringing closure to her family after 35 years.

The order also opens the door for the National Prosecuting Authority (NPA) to consider prosecuting apartheid policemen for the MK operative’s murder.

IOL reported that Simelane’s family approached the High Court for an order that she be presumed dead because they believe she was murdered by former security police officers.

Simelane’s sister, Polokwane mayor Thembi Nkadimeng, said in the application that if the “circumstances relating to her disappearance were considered”, the “overwhelming probabilities” were that she was dead, the report said.

Simelane, who would have turned 60 in September, disappeared after security police arrested her in 1983.

She was allegedly taken to Norwood, Johannesburg, and later moved to a farm in Vlakplaas in the North West, where she was tortured.

She was 23 at the time and was apparently on an ANC mission to South Africa from Swaziland under the pretext of buying a graduation outfit. Her remains have never been found.

Despite this, the NPA has said that it believed it had a reasonable prospect of a successful prosecution.

Coetzee, Pretorius, and Mong applied for amnesty at the Truth and Reconciliation Commission. They admitted to kidnapping and torturing her, but denied killing her, claiming that they wanted to turn her into an informant.

She was dropped off in Mpumalanga, near the Swaziland border, so she could return alone, but she was never seen again, they said. 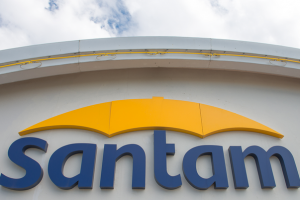