Women and Men Against Child Abuse said the case had not been handled with the seriousness it deserved. 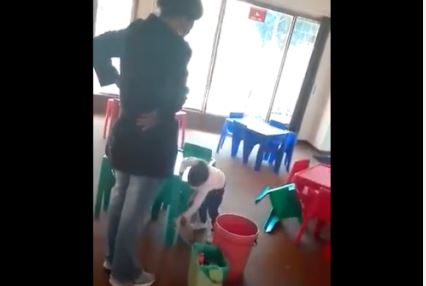 The owner of a Carletonville crèche, where alleged child abuse was caught on video, faces two charges of assault, the National Prosecuting Authority (NPA) has confirmed.

Janine Edwards appeared in the Oberholzer Magistrate’s Court on Thursday where the case against her was postponed to October 11 for transferal to the regional court, regional NPA spokesperson Phindi Mjonondwane said.

The owner of Ninnie’s Neurons Crèche was arrested five months ago after employee Nellie Sinwametsi was charged after several videos allegedly showing her abusing children at the crèche went viral on social media.

Their cases are being heard separately.

In one of the videos, a young girl is forced to clean up after she vomited. The child is then slapped on her buttocks.

In another video, a toddler is slapped for what appears to be a refusal to sleep.

The crèche has since closed down.

Women and Men Against Child Abuse said the case had not been handled with the seriousness it deserved.

“These videos showed tremendous levels of violence against children at a level of fragile neuro-developmental stage – a child under the age of five’s brain is developing at an incredible rate, and unfortunately is most susceptible to damage from such abuse, at a time when it should be developed and nurtured the most,” the organisation said in a statement.

“We expect nothing less than guilty verdicts for assault with intent to inflict grievous bodily harm charges.”

The NPO said in supporting the parents throughout the case, it had become apparent their children have already exhibited signs of trauma.

“We await any long-term effects of the abuse they were exposed to. Some of the effects of abuse at such a young age impacts tremendously on childhood development, and negative factors include immediate stress responses which could manifest in passive or aggressive behavioural abnormalities, immune system issues, behavioural problems and neurological long-term effects.

“There are mothers who wait to see justice and hopefully find some answers around the abuse their children suffered at the hands of the people entrusted to protect them in this most sensitive phase of childhood.

“Given the seriousness of all the above, we expect the prosecution in this matter to refrain from further unnecessary delays and at the very least do their job efficiently – no more and no less.”