The case related to complaints laid against Judge Hlophe after he allegedly tried to influence Constitutional Court judges in a case involving former president Jacob Zuma. 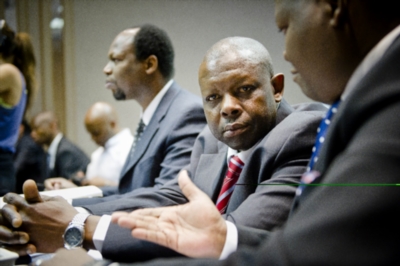 The judicial conduct tribunal, which was set up to hear complaints against Western Cape High Court Judge President John Hlophe, has again been delayed – this time due to legal disputes between the state attorney and Judge Hlophe’s legal team.

The tribunal was meant to commence its work on October 21, but, in a statement from the Office of the Chief Justice on Friday, it emerged that this would not be the case.

A complaint was laid by the full Constitutional Court bench after he allegedly approached justices Bess Nkabine and Christopher Jafta to improperly influence them in a case before the apex court.

The tribunal was set up at the recommendation of a subcommittee of the Judicial Service Commission, the judicial conduct committee.

“Regrettably, the tribunal is unable to commence with hearings on Monday, October 21 due to an unresolved dispute regarding legal fees between the Office of the State Attorney and [Judge] Hlophe’s attorney,” tribunal spokesperson CP Fourie said in a statement.

“The tribunal president, Judge Joop Labuschagne, is exploring other avenues to ensure that the dispute is resolved to enable the tribunal to convene as soon as it is practically possible and deal with this long-outstanding case.”

It is not the first time the case has hit a snag. Last year, Judge Cagney Musi recused himself from heading the tribunal.

At the time, Judge Musi told the tribunal that his decision to recuse himself came after Judge Hlophe called him in May 2018 and made ex parte communications, including asking him to recuse himself.

City Press previously reported that should Judge Hlophe be found guilty, he would be at risk of becoming the first judge in democratic South Africa to be impeached.

A new date for the commencement of the hearings will be announced in due course.