Ex-warders, inmate get life for ‘gangland-style’ murder of Bronkhorstspruit magistrate

Victor Mabunda was assassinated outside his Bronkhorstspruit home on January, 10, 2018, 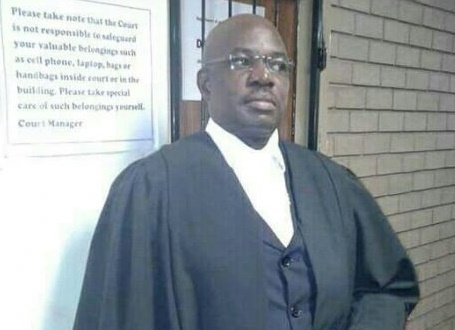 Mabunda was assassinated outside his Bronkhorstspruit home on January, 10, 2018,

On Thursday morning, the murder trial ended after the State and defence delivered their closing arguments.

After an adjournment for lunch, Judge Bert Bam made it clear he would not be postponing the case for judgment, and delivered a verbal judgment, informing the accused he would file a written judgment within the next two weeks.

Judge Bam summarised some of the evidence and explained his findings that included allowing the confessions by Ngoato, Fourie and Maringa into evidence after they recanted them, arguing they were tortured and coerced into writing them.

Judge Bam found Ngoato, who was a Cullinan Correctional Centre warden, sought help from his colleague and friend, Fourie, to kill Mabunda who was presiding over a case of dealing in dagga in which Ngoato was the accused.

Ngoato and Fourie also sought the help of Maringa, who was an inmate at the Cullinan prison, while they were working there.

It was Maringa who requested the services of the gunman who allegedly pulled the trigger. The alleged gunman, only identified as “Solly”, has not been charged with murder due to insufficient evidence.

Judge Bam found the men had followed Mabunda from the Cullinan Magistrate’s Court to his home in Bronkhorstspruit. As Mabunda drove into his drive way, the gunman jumped out and fired several shots at the magistrate who was still in his vehicle.

Following the shooting, Ngoato paid Fourie and Maringa for the successful hit.

Judge Bam said it was proven that Ngoato had suspected he would be found guilty by Mabunda and sentenced to prison, which is when he decided to kill him.

The court also summarised evidence from state witnesses, saying it would give reasons as to why it allowed the confessions and identity parade after a trial-within-a-trial was held over the admissibility of these statements.

Judge Bam ultimately said there was no evidence forthcoming on why provincial admittance of the confessions should be reversed and there were common denominators in the confessions that were also proven by the State.

While Ngoato, Fourie and Maringa did not pull the trigger, Judge Bam found they had planned the murder and also acted in common purpose, making them accomplices in the execution of the crime.

“It’s inescapable to find that the murder was pre-planned.

“The State proved beyond reasonable doubt that there was common purpose in that accused two [Fourie] and three [Maringa] planned the murder with accused one [Ngoato] and that plan was executed. In doing what they did, they were clearly accomplices and they had the intention to kill magistrate Mabunda.”

During arguments, the State also revealed that Maringa is currently serving two life sentences after being found guilty of a double farm murder in 2017. He was also out on parole after serving a sentence for attempted murder.

“The murder was pre-planned and executed gangland-style. It seems that the motive of the accused was actually the fact that accused number one was in trouble for dealing in dagga and the magistrate expressed sentiment in that regard,” he said.

“It is incomprehensible that people like the accused should consider to kill a magistrate [for doing his job].”

Mabunda’s widow, Velaphi Mabunda, said while the conviction and sentence would not bring her husband back, the family could now finally move on.

“I’m happy on the one side, on the other side I’ve lost.”

Velaphi said she still needed to deal with the fact that her husband was no longer around, adding she was constantly reminded of what happened as she still lived in the same house where he was murdered.

“Even now I’m struggling to stay at home. Every time I have to see my house, I will always remember my husband. It’s very hard.”