Wife killer Rob Packham in another bid for leave to appeal

Packham had based his SCA application on the police's 'manifestly unjust' photo ID system, which he charged was 'startling in its application'. 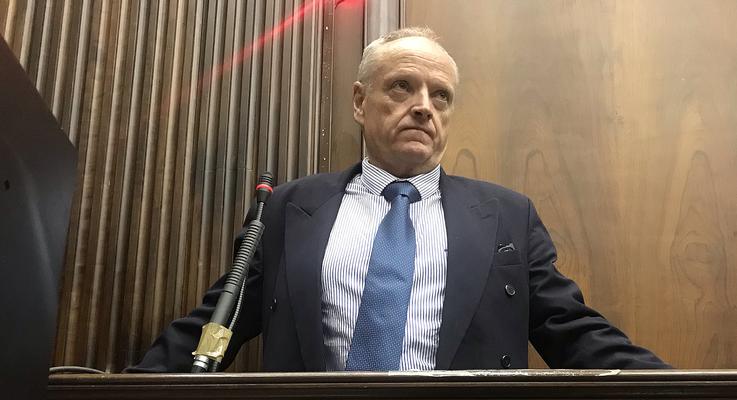 Constantia businessman Rob Packham, who is serving 22 years in jail for killing his wife Gill, has again approached the Supreme Court of Appeal (SCA) after it dismissed his application for leave to appeal his conviction in October.

Regional National Prosecuting Authority spokesperson Eric Ntabazalila confirmed on Monday that Packham had filed an application for the president of the SCA to possibly reconsider its initial decision.

“The State is opposing the application,” said Ntabazalila.

According to a recent SCA notice, Packham was informed his application for leave to appeal was “dismissed on the grounds that there are no reasonable prospects of success and there is no other compelling reason why an appeal should be heard”.

The case was considered by Justice Halima Salduker and Acting Justice Jannie Eksteen. The State had opposed that application.

On May 20, the Western Cape High Court found Packham guilty of killing his wife, Gill, and trying to defeat the ends of justice by setting her car and body alight in February 2018.

He applied for leave to appeal his conviction to the high court but Judge Elize Steyn dismissed it in July.

During his sentencing, she said Gill’s murder was callous, brutal and shocking.

Judge Steyn added she must have suffered extreme shock and horror at realising what was happening. The degree of violence was also excessive and in the sanctity of her home, she said.

Packham had based his SCA application on the police’s “manifestly unjust” national photo identification system, which he charged was “startling in its application”.

Taking aim at the evidence of State witnesses Paul Gray and Keanan Thomas, who testified they had seen Packham on the day he was found to have murdered Gill, he argued in court papers this was one of the many instances in which evidence “palpably unreliable or in conflict with the authoritative prescripts of the law” was found to have probative value in the case against him.

Gray, a 76-year-old neighbourhood watch member, told the court he had seen Packham in a green BMW in Lucius Way, Constantia, on February 22 last year. Packham had appeared anxious and banged his hands on the steering wheel, he said.

The man in the Audi appeared angry, Thomas said.

“It is all the more astonishing that the court finds this methodology in conducting the photo ID parade to be ‘objective and procedurally fair’ and ‘not unfair to the accused’.”