The finalisation of the sale is on hold via an interdict until the dispute over whether it should be used for housing is resolved. 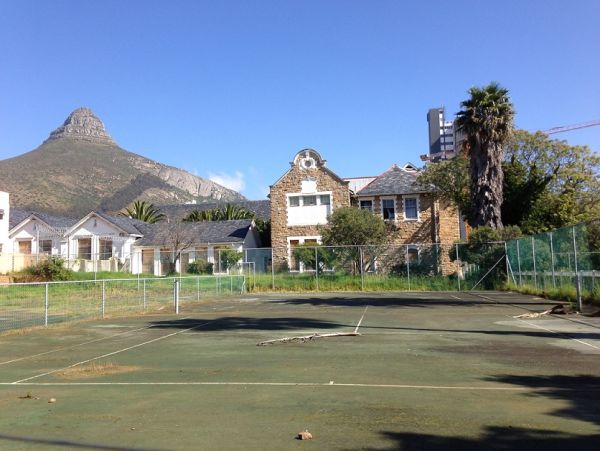 Advocate Thabani Masuku SC told the court the purpose of including isiXhosa with English and Afrikaans in public notices was because it was the law in the province, and it benefitted the people who might be affected by government decisions.

“It is not to make people feel good about being a Xhosa-speaking person,” said Masuku, a lawyer for the national Department of Human Settlements in the face of a legal challenge over whether the properties should have been used for social housing instead.

He told the court when the notice was rerun to include isiXhosa, it was not exactly the same as the first, and dealt with different issues.

“If you still decide this case on that basis alone, then this case will be over,” said Masuku.

Social activists Reclaim the City and Ndifuna Ukwazi are challenging the Western Cape government’s decision to sell the prime property for the establishment of the Phyllis Jowell Jewish Day School.

The properties on the two erven concerned are the Wyngard Mansions and Tafelberg Remedial High School. It is 1.7054 hectares and is about 3.5km from the Cape Town CBD.

The social activists argued the decision by the Western Cape government to go ahead with the sale was against local, provincial and national constitutional obligations to redress apartheid spatial planning and provide social housing.

The case is not a land claim nor is it about land restitution, but whether the province fulfilled its constitutional obligations in terms of providing redress for apartheid spatial planning, and the right to access to land and housing.

The finalisation of the sale is on hold via an interdict until the dispute over whether it should be used for housing is resolved.

The site is coveted by social housing activists who believe it is perfectly situated to begin correcting the apartheid legacy of pushing many black, coloured and Indian people out of the Cape Town CBD and its surrounds.

Upgrades to the CBD had also pushed prices up to the extent that only a few people can afford to live there.

As a result, around 200,000 people commuted to the CBD for work, the court had heard.

Earlier, the court heard the Western Cape government had not informed the national Department of Human Settlements of its plans for the site.

“All the other constitutional obligations were ignored,” Jamie claimed.

He was unable to say who the land was currently registered to, adding the Western Cape government and City of Cape Town could shed light on this when they made their submissions.

Jamie argued that although the Western Cape government had a certain autonomy regarding disposing of properties, and does not have to tell the national minister of human settlements of every single one, it should have reported the planned Tafelberg sale.

He said there were thousands of comments over the proposed sale.

Advocate Emma Webber told the court, on behalf of the Social Housing Regulatory Authority, the province had stated the properties did not fall within a gazetted “restructuring zone” for the Cape Town CBD and surrounds.

Regeneration funds can be made available for certain developments within a restructuring zone if necessary.

Webber said the province could have applied for it to fall within a restructuring zone, and considered social housing, but it did not.

Social housing is aimed at people who earn between R1,500 to R15,000 a month and it is intended to be a means of redressing apartheid spatial planning.

The case will continue for the rest of the week.

The city and province are yet to present their submissions.