State to enter into mediation with refugees arrested for trespassing

If successful, the mediation could see the withdrawal of charges against the 189 accused. 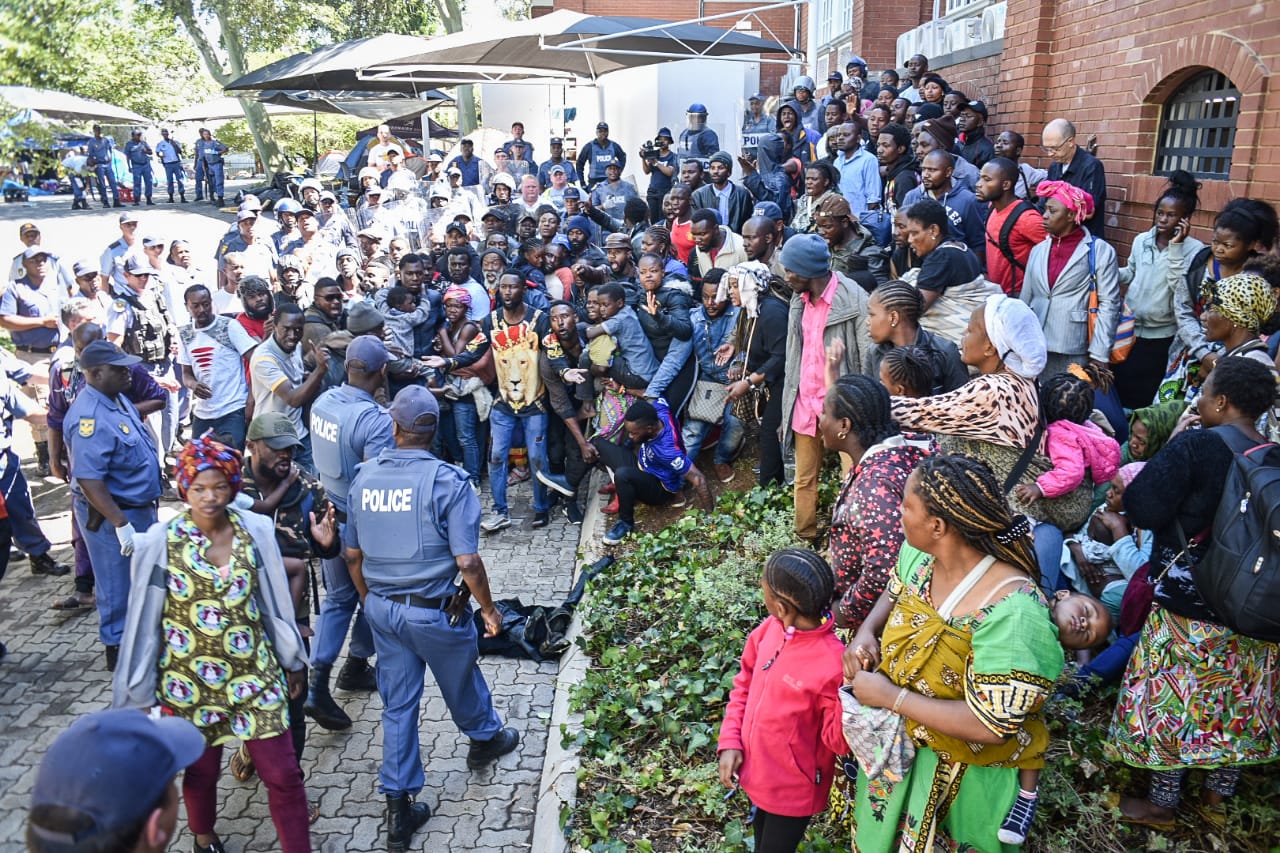 The more than 180 refugees arrested for trespassing could be handed a lifeline as the State has entered into a mediation process to determine whether the criminal charges will be dropped.

On Wednesday, more than 70 refugees appeared in the Kgosi Mampuru Correctional Services Court, where it was revealed the State would enter into mediation with a number of interested parties.

It did not disclose who the interested parties are, but the mediation process will allow for discussion in order to seek a resolution for the refugees who were arrested for trespassing at the UN High Commissioner for Refugees’ (UNHCR) offices in Pretoria.

If successful, the mediation could see the withdrawal of charges against the 189 accused.

The rest of the accused will still appear on December 4 and 11, but if a resolution is found then the criminal proceedings will not go forward.

The accused were arrested after they allegedly forced their way onto the UN property on November 14 in a bid to escape a court order, which forced them to disperse from the pavement outside the UN premises where they had been camping for more than a month.

Hundreds of refugees were staging a sit-in, asking that they be resettled in another country as they feared an escalation in xenophobic attacks in South Africa.

The police were met with violent resistance as they removed hundreds of refugees from the premises on November 15.

They threw rocks, cans of food, water buckets and other items at police officers, while others sat on the ground refusing to leave peacefully.

At least 24 officers were injured during the removal operation as many refugees resisted arrest and fought back.

While more than 189 people were arrested, including one woman, 224 women, 169 children and seven men were also removed from the UN property and taken to the Lindela Repatriation Centre where they are currently being held.

Last week, the refugees made their first appearance in the Pretoria Magistrate’s Court where they were split into six groups as the courtroom could not accommodate so many of them in the dock at once.

The court heard further investigations were being conducted and the accused could face an additional charge of public violence.

Only one of them opted for legal aid, and informed the court he would be applying for bail.

The 188 other accused told the court they would be conducting their own defence and would not be applying for bail at this stage.