Institutions should respect the 'confines of their own power and not intrude into the domain of others', Deputy Speaker of the National Assembly Lechesa Tsenoli said. 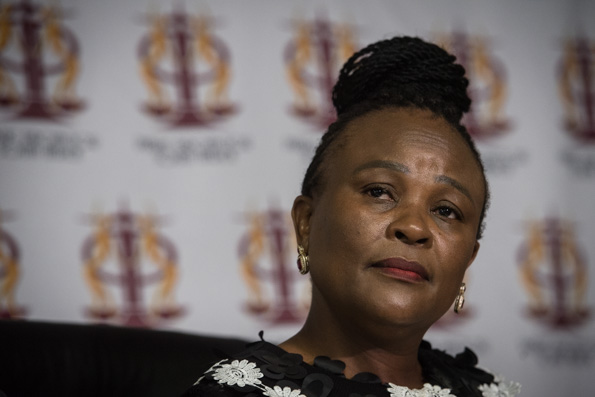 Deputy Speaker of the National Assembly Lechesa Tsenoli has joined President Cyril Ramaphosa in the case against the public protector’s Bosasa report, in a bid to set aside the report as it relates to the speaker.

Tsenoli said Public Protector Busisiwe Mkhwebane’s remedial orders in the Bosasa report overreached on the powers of parliament, saying institutions should respect the “confines of their own power and not intrude into the domain of others”.

In court papers filed in October 2019, while Tsenoli was acting speaker, he seeks to set aside certain parts of the Bosasa report with costs.

In her report, Mkhwebane found Ramaphosa had violated the executive code of ethics by not declaring donations to his ANC presidential campaign in 2017.

She also found that Ramaphosa deliberately misled parliament when he responded to a question in the National Assembly about a R500,000 donation from former Bosasa boss Gavin Watson.

Mkhwebane ordered that the donations Ramaphosa received in his CR17 campaign be published, that his failure to disclose them to parliament be looked into and that the National Prosecuting Authority investigates evidence of alleged money laundering by Ramaphosa.

Tsenoli said Mkhwebane was “encroaching on the powers of the speaker and the National Assembly” through her remedial orders.

This was because the remedial action interfered in the procedures of the functions of the speaker, Tsenoli said.

“I state this because where a complaint is submitted to the Speaker, it is in the Speaker’s discretion as empowered by the Rules to determine the appropriate manner in which the matter must be dealt with,” Tsenoli said.

“It is not for the Public Protector to dictate which parliamentary committee a complaint must be referred to, if any; it is within the Speaker’s discretion as empowered by the Rules, having regard to the nature of the complaint.”

Tsenoli said the remedial action which Mkhwebane ordered the speaker to consider, seized power from parliament with no justification.

He added the remedial orders are “not only vague given the lack of clarity in its wording, but also has the effect of directing Parliament how to conduct its affairs and usurps the functions of Parliament”.

“The remedial action constitutes an overreaching into the National Assembly’s area of competence and ultimately infringes on the separation of powers,” Tsenoli said.

According to Tsenoli, the Executive Ethics Code and the Code of Ethical Conduct and Disclosure does not include the disclosure of campaign donations.

While Mkhwebane ordered the publication of the donations Ramaphosa received for his CR17 campaign, Tsenoli said he does not have the power to demand this.

“There is no legal basis upon which I can rely on to give effect to this remedial action,” he said.

Tsenoli said Parliament’s Ethics Committee would not be able to make a finding regarding former members of the previous parliament, as this falls outside its mandate.

When the donations were made to Ramaphosa, he was deputy president.

Tsenoli said the implementation plan requested by Mkhwebane to indicate how the remedial action would be implemented, is “wholly inappropriate”.

“I am advised that the doctrine of separation of power calls on constitutionally established institutions to respect the confines of their own power and not intrude into the domain of others.

“I contend that paragraphs… of the Public Protector’s report constitutes an unjustifiable infringement on the doctrine and the spirit, purpose and objects of the Constitution,” Tsenoli said.