Shivambu to wait for outcome from NPA on assault charge 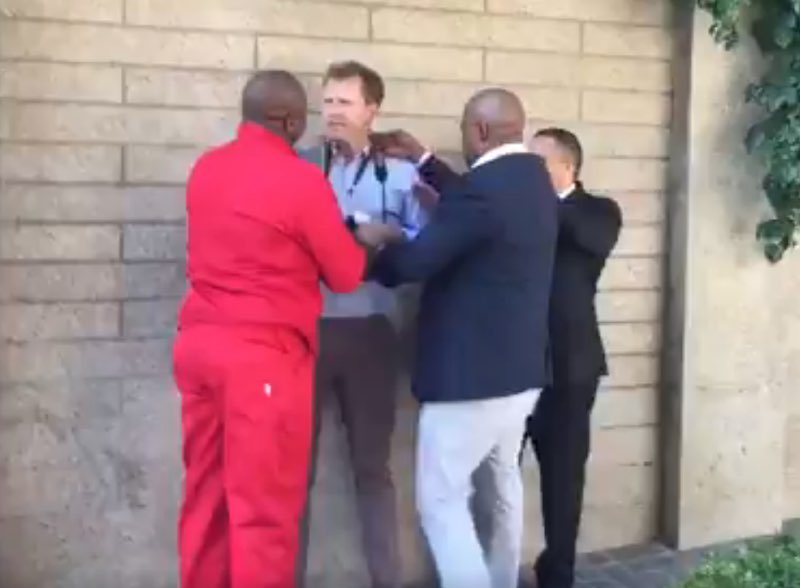 EFF deputy president Floyd Shivambu has to wait at least another three weeks for the outcome of representations over whether he will still be charged for the alleged assault of a photographer at Parliament, the Cape Town Magistrate’s Court heard on Wednesday.

Shivambu’s counsel, Ross McKernan, submitted that representations were made to the National Prosecuting Authority (NPA) on 4 February, and he understood three more weeks were required for the outcome.

The law allowed someone accused of a crime the opportunity to make representations on why they feel the case against them should not go ahead.

This was while the media was awaiting word on Patricia de Lille’s disciplinary hearing by the DA, her political party at the time.

The court also heard that a CD containing video footage of the incident was corrupted and Shivambu’s legal team was unable to open it.

Shivambu arrived wearing a white shirt and black trousers, instead of the red overalls the party is usually associated with.

He did not make any comment and made a low-key entrance and exit, with no sign of supporters.

The case was postponed to March 26. The court heard that the investigation was complete.

Shivambu apologised for the incident in person later that day, saying he did not know De Kock was a journalist, News24 reported previously.

He claimed he was surprised when De Kock took pictures of him, saying his behaviour was “inappropriate”.

De Kock accepted Shivambu’s apology but said afterwards he had already laid charges with the police. A separate investigation was being conducted by parliament.