The robbers shot Chetty in front of his two children in an attempt to use his car as a getaway vehicle after robbing a shop in Avoca. 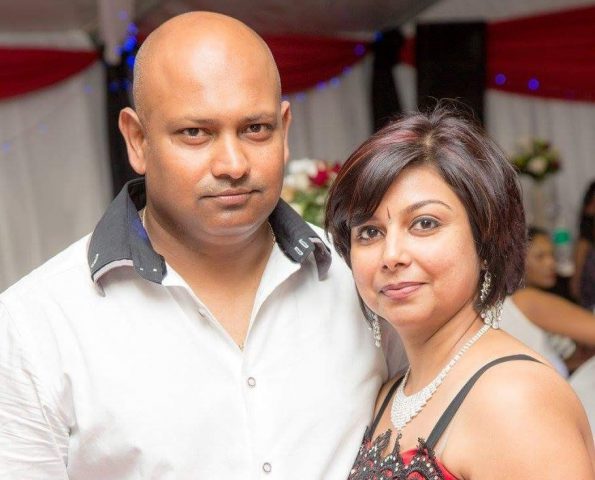 The victim Kelly Chetty and his wife in happier times. File Image.

Spamandla Buthelezi will spend the rest of his life in jail for gunning down Durban father Kelly Chetty in front of his children, among other crimes, the National Prosecuting Authority (NPA) said on Thursday.

Buthelezi was sentenced to life imprisonment and 136 years in the Durban High Court this week for robberies, attempted murders and the murders he committed in January 2016 as well as May and June 2018, NPA spokesperson Natasha Kara said.

She added prior to committing his crimes, Buthelezi and his accomplices planned to rob people in the Durban area.

Kara said Buthelezi and accomplices had robbed a house in Parlock in January 2016.

“They threatened the occupants and tied them up before making off with money, jewellery, cellphones and a motor vehicle.”

On May 31, 2018, they robbed a fresh produce shop in Avoca taking money, cellphones and cigarettes.

Chetty was seated in his car, with his two children, outside the shop when the robbers escaped. They shot him in an attempt to use his car as a getaway vehicle, however, they were unable to start the car and hijacked another vehicle in the vicinity.

The following day, the police spotted the robbers in the stolen vehicle in KwaMashu. A gunfight ensued and two robbers died while Buthelezi survived.

In welcoming the sentence, the director of public prosecutions in KwaZulu Natal, advocate Elaine Zungu, said: “All citizens have a right to occupy their homes and businesses without interference and illegal invasions. We will continue to vigorously deal with these matters. Commendations on the prosecution.”