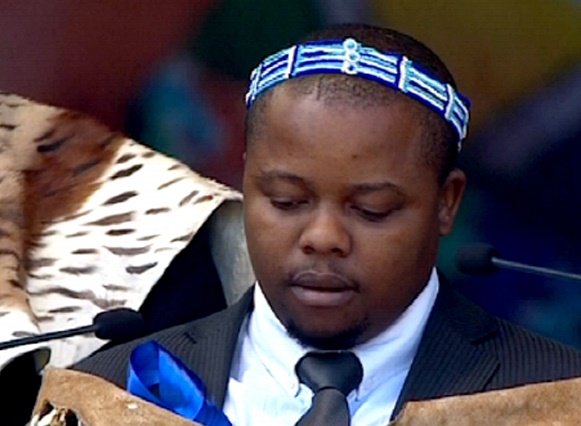 The AbaThembu nation’s acting King Azenathi Dalindyebo briefly appeared in the Mthatha Magistrate’s Court on Monday on charges of assault with intent to cause grievous bodily harm and pointing a firearm.

Papu approached the police on Wednesday to open a criminal case after he was allegedly assaulted by some members of the royal family, including Azenathi.

When asked for comment, police spokesperson Sibongile Soci would not be drawn into discussing other suspects in the case.

Azenathi’s uncle and advisor Siganeko Dalindyebo is on record as admitting that he defended himself from Papu during the altercation.

Azenathi’s court appearance comes exactly a week after his father, Buyelekhaya, appeared in the Mthatha Magistrate’s Court for assault.

The assault case was opened by Azenathi on 13 March after Buyelekhaya allegedly trespassed on the Bumbane Great Place palace, outside Mthatha, and allegedly used an axe to attack Azenathi at around 3am.

Buyelekhaya has since disowned his son and is demanding a paternity test.