Joao Rodrigues' application for a permanent stay of prosecution was dismissed by the Gauteng High Court in Johannesburg in June 2019. 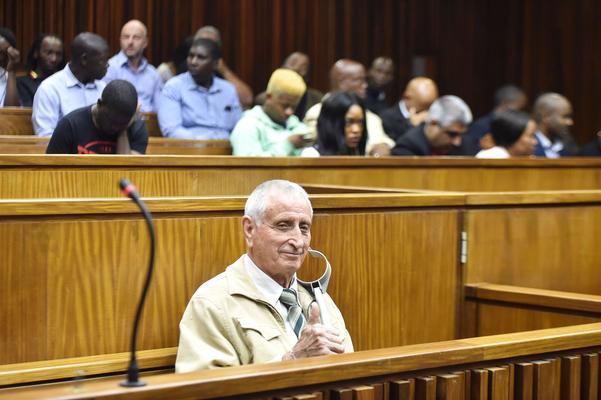 Former apartheid security branch officer Joao Rodrigues at the South Gauteng High Court last year. He has been charged with the 1971 murder of activist Ahmed Timol and is currently back in court seeking a permanent stay of prosecution. File photo by Itumeleng English/African News Agency (ANA)

The Supreme Court of Appeal (SCA) in Bloemfontein will hear an appeal for a permanent stay of prosecution by former Security Branch officer Joao Rodrigues against the National Director of Public Prosecutions.

Timol was being interrogated and died while in police custody.

At the time, it was claimed that Timol committed suicide by jumping through a window on the 10th floor of the notorious building.

In 1972, an inquest found that Timol had committed suicide, but the inquest was reopened in 2017 and it was found the activist was killed.

During the inquest hearing in 1972, Magistrate JL de Villiers concluded that “no living person was responsible for his death” and that Timol was treated in a civilised and humane manner by the Security Branch.

During the inquest in 2017, Judge Billy Mothle recommended the NPA probe Rodrigues for his role in Timol’s murder.

Mothle concluded there was a cover-up of Timol’s death and that he was pushed out or made to jump from the window while he was in the company of members of the Security Branch.

In 2018, Rodrigues was charged with murder and defeating or obstructing the administration of justice.

Rodrigues’ application for a permanent stay of prosecution was dismissed by the Gauteng High Court in Johannesburg in June 2019.

On Wednesday, legal consultant for the Southern Africa Litigation Centre (SALC) Atilla Kisla said Rodrigues was seeking a permanent stay of prosecution based on the alleged violation of his constitutional rights.

“SALC was admitted by the SCA to make submissions in this matter as a friend of the court. On the basis that the indicted conduct of the appellant occurred in furtherance of apartheid, SALC submitted that the killing of Timol amounts to at least three categories of crimes against humanity.

The hearing will be conducted virtually.

SALC will be represented by advocates Salim Nakhjavani, Bonita Meyersfeld and Lawyers for Human Rights.