The case was last in court in February, when it was certified as “trial ready” and postponed to Monday for the state’s first witness to take the stand. 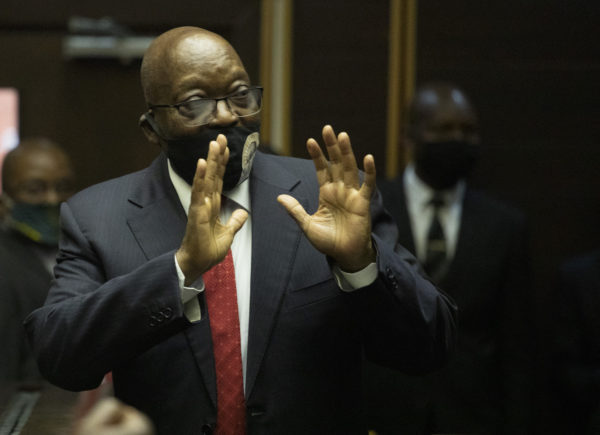 The trial was meant to kick off on Monday morning but wound up being postponed again – this time for Zuma’s legal team to bring a special plea, challenging state advocate Billy Downer’s authority to prosecute the case.

Speaking on the sidelines of Monday’s proceedings, NPA spokesperson Sipho Ngwema didn’t mince his words: “It’s something that we’re not happy with.”

The case was last in court in February, when it was certified as “trial ready” and postponed to Monday for the state’s first witness to take the stand. Ngwema said the special plea Zuma now wanted to bring could have been dealt with ahead of time.

He emphasised the state was ready to proceed to trial. “We want it here, we want it now,” he said.

When it came to whether there was any merit to Zuma’s special plea, Ngwema pointed out that the state had not yet had sight of the supporting papers.

“We need to understand what they are raising,” he said.

But he seemed to suggest it was – on the face of it at least – unfounded.

“They want to bring an application to say that the prosecutor does not have prosecuting authority or delegation – that delegation is issued by the National Director of Public Prosecutions (NDPP),” he said,

“At face value, Billy (Downer) has been a member of the NPA for many years… They have been dealing with him on this case for the past two decades”.

Zuma previously tried to move for a permanent stay of prosecution but was ultimately unsuccessful and Ngwema said they hoped this was not an attempt “to bring what has failed through the back door”.

Zuma and his co-accused, French arms dealer Thales, are facing a string of graft charges – including charges of fraud‚ corruption, money laundering and racketeering – relating to the controversial multi-billion rand arms deal.

Among the allegations is that Zuma – then the MEC for Economic Development in KwaZulu-Natal – received an annual kickback of R500,000 paid through his former financial advisor and convicted fraudster, Schabir Shaik – in exchange for shielding Thales from an investigation into the deal and he is said to have accepted almost 8,000 dodgy payments from the company.

Mabuza has since been replaced by Vryheid-based attorney Mondli Thusani and Sikhakhane by advocate Thabani Masuku SC. While the former is new to the case, the latter has worked on it before.

Masuku on Monday went to pains to emphasise that Zuma was ready to proceed to trial – going so far as to say he had “always been ready” – but said his special plea had to be dealt with first.

The case is due back in court later this month, when Zuma and Thales are also expected to plead their guilt or innocence.

The court heard on Monday that Zuma, at least, had already finalised a not guilty plea.