Solidarity to serve Sisulu with court papers over Cuban engineers

In its papers, Solidary requests information about exactly what the engineers are supposed to do, how the R65 million budget will be spent and whether they are registered. 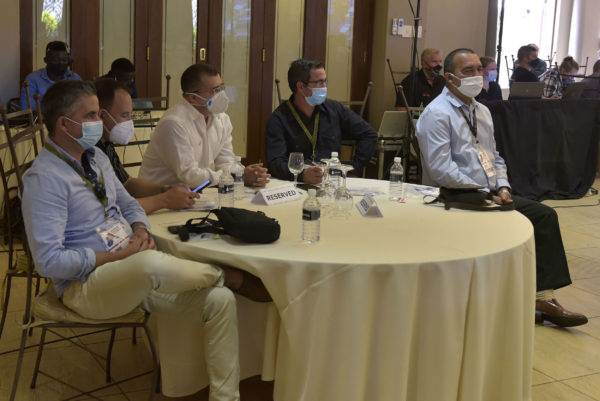 Some of the Cuban engineers at a welcoming ceremony at Diep in die Berg in Pretoria on 22 April 2021. Picture: Neil McCartney

Last month, Sisulu announced that 24 Cuban engineers would help with water infrastructure and maintenance “from source to tap” and that around R65 million had been budgeted this financial year.

The decision was criticised by South Africans as they questioned whether the country did not have competent engineers. Solidarity even sent the department a list of 120 South African engineers to replace the 24 Cuban engineers.

It further gave the department until today to respond to its proposal in which it asked the minister to revoke the appointment of the engineers.

In the court papers, the union asks for the disclosure of all information pertaining to the deployment, an interdict to stop the deployment process and also an application for a review of the government’s decision.

While Solidarity made the decision to take the matter to court, it did not rule out further talks.

“We are disappointed in the minister. The government came with a request to come up with a proposal and twice we have postponed the deadline for such a proposal,” Solidarity CEO Dirk Hermann said.

“Apart from the fact the government did not meet the deadline, the minister also did not respond to critical/key legal questions posed by Solidarity. Important information is still being withheld from the public. It should not be that difficult to obtain information about the use of tax money.”

In the papers, Solidary requests information about exactly what the engineers are supposed to do, how the money would be spent and whether they are registered.

It has also brought an application for the deployment of the Cuban engineers to be stopped pending the review application.

“Solidarity’s application is based on two submissions. In the first place it is argued that the decision to import Cubans while South African skills are available is not rational. Solidarity will also argue that it would be unlawful for Cubans to undertake and sign off on professional engineering projects as they do not comply with South African registration and accreditation requirements.”

In her defence, Sisulu said the Cubans were not in South Africa for employment.

“They are here to mentor our municipal workers so that we can create jobs for South Africa, both skilled and unskilled. Today we have qualified black women engineers who they mentored during their last stint in our country,” she said at the time.

However, Solidarity says if the engineers are here to fulfil a mentorship role, this would be the “most expensive” mentorship programme in the country.

Department spokesperson Steve Motale said the minister had not yet received the court papers.