ANC advocate disputes claims the resolution was limited to members who have been criminally indicted. 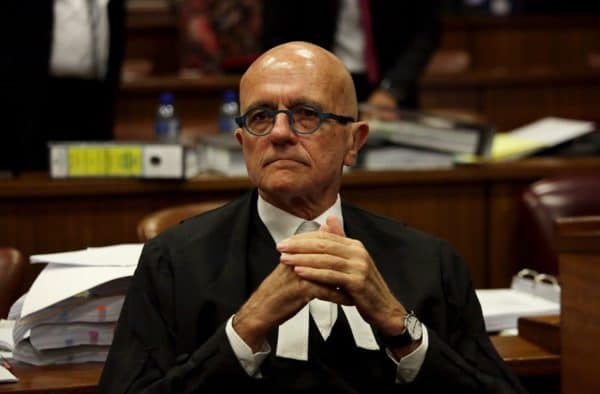 The ANC’s legal team has argued in the Johannesburg high court that the party’s guidelines on the implementation of rule 25.70 – the step-aside resolution – was not amended in order to specifically target suspended secretary-general Ace Magashule.

Advocate Wim Trengove, representing the ANC, argued on Friday the party’s refined step-aside resolution was taken by the party’s 2017 Nasrec conference in the context of declaring war on corruption in the ANC.

Trengove disputed Magashuele’s argument the resolution was limited to members who have been criminally indicted.

He told the full bench of the high court the Nasrec resolution was not detailed and specific enough, so the conference gave a “mandate to the NEC to take positive steps” to develop the resolution to fight corruption.

“We submit with respect that the guidelines give full and proper effect to the conference resolution. If anybody complains that it doesn’t go far enough, that there is still a loophole somewhere, let them come to court and demand that the loophole is closed,” Trengove said.

“The NEC I’m sure will be the first to welcome any suggestion that it might have left some part of the corruption being uncovered, but it certainly didn’t intend to do so. And we submit with respect that it didn’t do so.”

Earlier this year in February, the ANC’s national executive committee (NEC) adopted guidelines on implementing the 2017 resolution which requires all party members facing criminal cases to step aside while they attend to their legal cases.

Trengove argued the guidelines were developed to create categories that included members accused of being, or reported to have been, involved in corrupt activities.

“It caters to all people who stand accused of corruption whether indicted or not. All of them face the prospect of ending up in suspension,” he said.

Magashule wants the high court to overturn his suspension from the party as well as to declare the step-aside resolution unlawful, unconstitutional and invalid. He also wants the court to confirm his failed attempt to suspend ANC president Cyril Ramaphosa.

READ NEXT: Magashule vs ANC: Court dismisses applications for intervention