Analysts have warned that today's hearing could reignite violent protests. 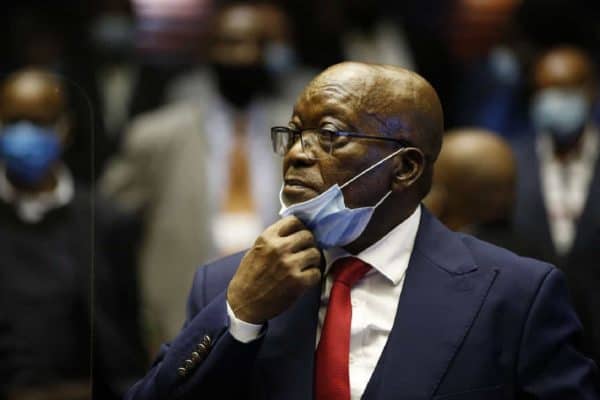 The court case involving former president Jacob Zuma and the Thales Group will resume virtually in the Pietermaritzburg High Court on Monday 19 July 2021 at 10am.

Zuma and Thales Group back in court

He was also accused of taking bribes from one of the firms, French defence giant Thales – which has been charged with corruption and money laundering.

ALSO READ: Zuma’s woes far from over as arms deal case set to resume on Monday

On Saturday, Zuma called for the corruption trial to be postponed for one week, this time citing “violent disruptions” and Covid-19 gatherings as the reason.

As for it being a virtual hearing, Zuma’s lawyer Bethuel Mondli Thusini said the former president “cannot be compelled to have his trial conducted on a virtual platform and/or in his absence”.

His team also blamed the protests for not being able to meet with their client. On Saturday, Thusini said they had “had no access to consult” with Zuma from his arrest on 7 July until Thursday 15 July, as a “wave of violent disruptions took place”.

Thusini said no arrangements were made by the state to bring Zuma to court, adding that the country was currently in level 4 lockdown “and the gathering of people is discouraged because it may spread the Covid-19 pandemic”.

While calls for Zuma to be released from prison continue to echo throughout the country, Justice Minister Ronald Lamola said government would allow itself to be guided by the Constitution and the rule of law.

Analysts have warned that Monday’s hearing could reignite protests, with Professor Sipho Seepe – a fellow of the University of Zululand in KwaZulu-Nata – l telling AFP: “People will be watching the behaviour of judges.”

“If they feel justice is not done, they will protest”.

Monday’s hearing will focus on an application by Zuma’s legal team for chief prosecutor Billy Downer to recuse himself from the case, over claims that he leaked information to the media.

The National Prosecuting Authority (NPA) said it would “vigorously” oppose the application.