Zodwa appeared at the Randburg Magistrates Court on Thursday after allegedly breaking curfew hours under the Disaster Management Act. 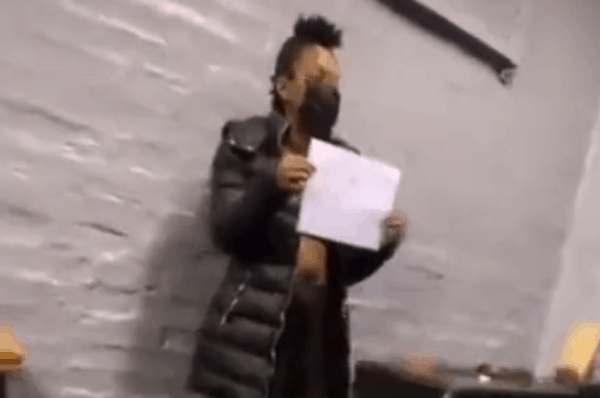 Zodwa Wabantu has divulged more about her arrest on Women’s Day in KwaThema, Springs.

The Citizen reporter, Narissa Subramoney, was present during Zodwa’s court appearance at the Randburg Magistrates Court, where Zodwa was granted bail after she was charged with contravening the Disaster Management Act.

Videos were shared of Zodwa being detained by the police. In them, officers are seen recording her detention as the controversial entertainer repeatedly shows the officers her work permit.

The permit allows a person to move around outside the permitted curfew hours of 10pm-4am.

Zodwa explains why she was arrested

Zodwa said she was returning from a gig when officers pulled her over.

“They asked for the permit, I answered that I am eight minutes from home.” She says the permit was on her phone, however, and she did not have a printed copy.

Travelling a long distance and with a small group of people, she says her phone battery went flat.

“When we wanted to charge [the phone], they were already frustrated and I don’t know by what. Then they went for the driver, that is where everything escalated.”

Zodwa explained that the officers who spoke to her then turned their attention to the driver. The mood between them then became tense.

She claims that another officer said: “Zodwa you are a public figure we don’t want this to be big.”

The reality star then alleges that another cop she was negotiating with suggested that she pay a bribe.

However, she claims that she did not have the cash for the bribe and they went to the police station instead.

Daily news update: State of Disaster extended, Zodwa Wabantu out on bail and Somizi due in court in October
3 months ago
3 months ago

Daily news update: State of Disaster extended, Zodwa Wabantu out on bail and Somizi due in court in October
3 months ago
3 months ago