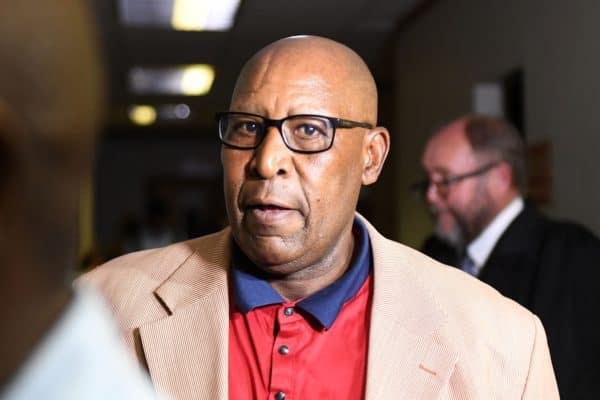 Former Correction Services commissioner Linda Mti is seen at the Specialised Crimes Court where he was released on bail on 7 February 2019 in Pretoria, South Africa. Picture: Gallo Images/Netwerk24/Deaan Vivier

The case against four people accused of fraud and corruption between Bosasa and the Department of Correctional Services (DCS) was postponed on Friday at the Pretoria Specialised Commercial Crimes Court.

According to the National Prosecuting Authority’s (NPA’s) Investigating Directorate (ID), the R1.8 billion fraud and corruption case was postponed to 28 October 2021 to allow former Correctional Services commissioner, Linda Mti, to study the docket.

ALSO READ: How Linda Mti, other execs were allegedly ‘bought’ by Bosasa

“The matter relates to four tenders awarded to Bosasa and its subsidiaries between August 2004 and 2007, which was valued at over R1.8 billion.

“This was for rendering catering and training services, installation of CCTV cameras, installing perimeter fencing and supplying a television system and monitoring equipment,” the ID’s spokesperson, Sindisiwe Seboka, said in a brief statement.