They were remanded in custody following their arrest by the Hawks on Monday. 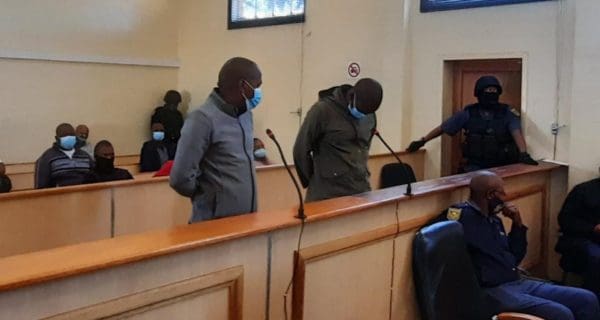 Hawks spokesperson Lieutenant-Colonel Philani Nkwalase said the case against the duo was postponed to the 28 September 2021 for a formal bail application, with more arrests are still imminent.

“The two were allegedly involved in a syndicate that used police detachable blue-lights to stop motorists, robbed them of their cash, cellphones and other valuables at gunpoint along the N14 near Kuruman between July and August 2020,” Nkwalase said.

He said the matter was referred to the Hawks’ serious organised crime Investigation team in August 2020, “after complaints were reported at the local police station”.

“The investigation confirmed the perpetrators were members of South African Police Services [Saps]. During their arrest, a white Volkswagen Polo, allegedly used in the commission of crime, was also confiscated.

He said the serious organised crime investigation teams were not ruling out the possibility of the duo’s involvement in other similar crimes.

“The Hawks’ serious organised crime investigation team appeals to other motorists and possible victims who may have experienced the same, to contact Detective Warrant Officer Itumeleng Nogaga on 071-481-2754,” said Nkwalase.