In dissenting judgment, the ConCourt acknowledged that section 10 of the Act does discriminate against unmarried fathers. 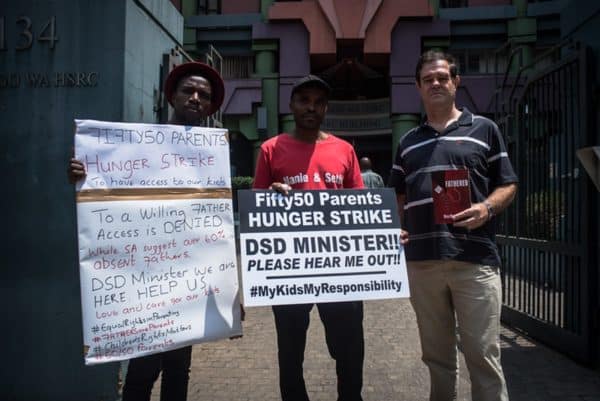 Unmarried fathers can now register the birth and death of their children with the department of home affairs in the absence of mothers, the Constitutional Court ruled on Wednesday.

This after an Eastern Cape man, Menzi Lawrence Naki, was denied this right by the Eastern Cape High Court in Grahamstown following the birth of his daughter from a Congolese woman Dimitrila Marie Ndovya back in 2016.

Before the child’s birth, Ndovya inter-travelled between South Africa and DRC on a visitor’s visa.

Shortly before birth, Ndovya’s Visa expired and she could not renew it or travel back to the DRC due to her pregnancy.

Upon birth, the department refused to register the child on the basis that she lacked valid visa or permit and could not comply with certain regulations on the birth and death (2014 regulations.)

The couple subsequently brought an application to the High Court challenging the validity of the relevant regulations in which their application failed.

The High Court upheld that on proper construction, the first reference to ‘mother’ in section 10(2) was intended to be a ‘father’ and that on their current formation, sections 9 and 10 of the Act do not prohibit unmarried fathers from registering the births of their children in the absence of their mother.

It held that the requirement is that such children must be born alive, in which case any of the parents regardless of their marital status would be able to give notice of birth. The sections could thus be interpreted to be constitutionally compliant. The relief relating to the registration of the childbirth was granted.

The Centre for Child Law appealed the constitutional validity of section 10.

Section 10 of the Births & Deaths Registration Act (BDRA) regulates the provision of a surname to a child born of unmarried parents.

The section is linked to regulation 12, which states that an application for the registration of the birth of a child may only be submitted by the mother of the child.

LHR, representing Centre for Child Law (CCL), first approached the court in 2018 for a declaration invalidating section 10 of the BDRA unconstitutional to the extent that it discriminates against children born of unmarried parents.

Another concern was for children who were abandoned and children whose mothers are deceased, among other excluded categories.

In dissenting judgement the ConCourt acknowledged that section 10 of the Act does discriminate against unmarried fathers on the basis of marital status but maintained that the discrimination was reasonable, justifiable and fair.

Chief Justice Mogoeng Mogoeng said section 10 was aimed at protecting children from being easily exposed to the risk of being claimed or adopted by people whose relationships with them was not suitable or has not been established.

He held that section 9 and 10 of the Act are capable of being read in a manner that is constitutionally compliant and therefore refused to confirm the declaration of unconstitutionality and set aside the orders made by the lower court with no cost orders.